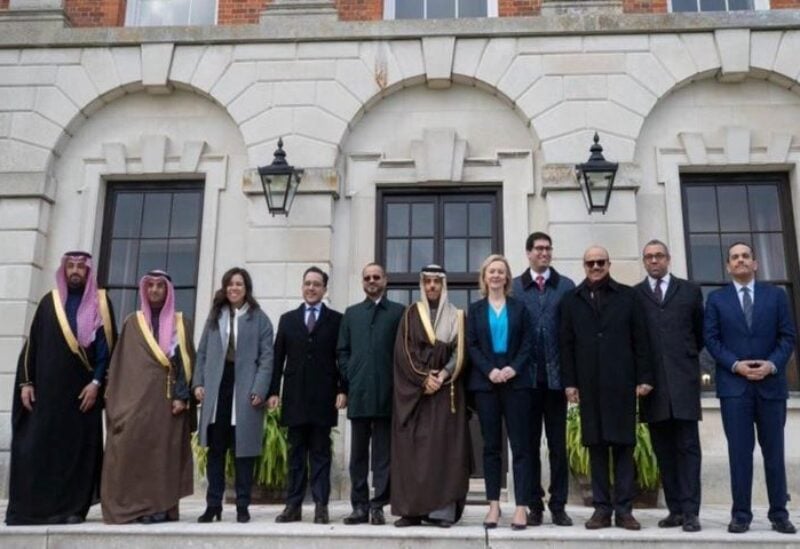 UK Foreign Secretary Liz Truss meets with the foreign ministers of the Gulf Cooperation Council (GCC) member states and the secretary general of the GCC.

According to a joint declaration, UK Foreign Secretary Liz Truss met with the foreign ministers of the Gulf Cooperation Council (GCC) member nations and the GCC secretary general on Monday at Chevening House, where they decided to expand their collaboration in all disciplines.

“We have decided to strengthen connections with the Gulf in order to generate employment, fuel growth, and make us all safer,” Truss tweeted.

Truss and the GCC foreign ministers “strongly denounced” the Iran-backed Houthis militia’s repeated attacks on civilians in Saudi Arabia and Yemen, according to the communiqué.

Iran
The foreign ministers of the United Kingdom and the Gulf Cooperation Council voiced severe worry over Iran’s destabilizing operations in the area.

According to the communique, they discussed the resumption of Joint Comprehensive Plan of Action (JCPOA) talks in Vienna and “emphasized that this is the last opportunity to restore the JCPoA as Iran’s continued nuclear escalation is permanently undermining the benefits of the deal and undermining regional and international security.”

“They urged the incoming Iranian administration to play a good regional role, uphold international standards, respect their neighbors’ sovereignty and territorial integrity, and desist from supporting terrorist organizations,” according to the communique.

The ministers also criticized “the proliferation of modern ballistic missiles” and unmanned aerial systems (UAS) employed by Iran and its proxies in hundreds of strikes on people and civilian infrastructure in the area.

During the meeting, the foreign ministers of the United Kingdom and the Gulf Cooperation Council stressed the need of strengthening people-to-people ties, according to the joint statement.

According to the UK Foreign, Commonwealth, and Development Office, the ministers emphasized their opinion that this ambitious strategic cooperation between the UK and GCC member nations is critical in achieving peace, security, stability, and economic progress in the Middle East region and beyond.

The ministers have pledged to expanding GCC-UK shared ambition and developing the collaboration in new sectors such as clean technology, digital infrastructure, and cyber, in order to “help keep UK and GCC citizens safe, and generate commercial opportunities and jobs,” according to the statement.

The foreign ministers of the United Kingdom and the Gulf Collaboration Council also agreed to improve security and economic ties, ushering in a new age of tighter cooperation in trade, cybersecurity, and green infrastructure investment in low and middle-income nations.