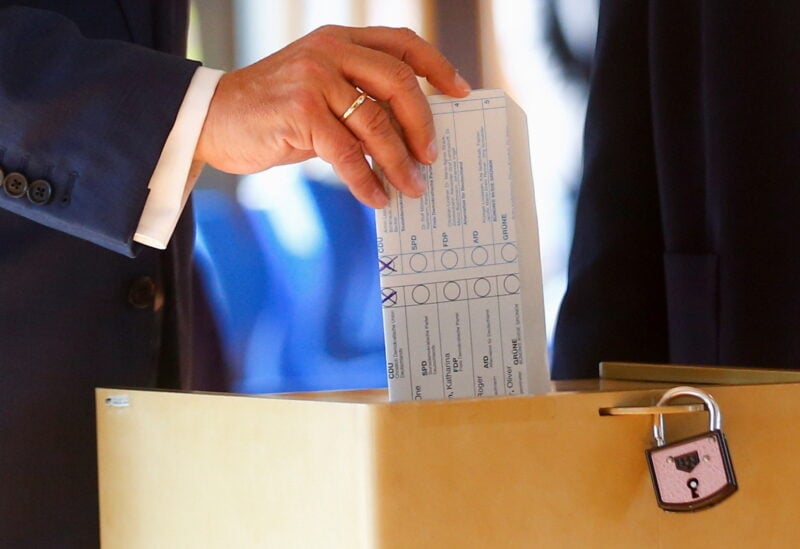 Germany’s conservative chancellor candidate Armin Laschet was ridiculed on social media for a misstep on election day on Sunday, capping a campaign marred by embarrassing gaffes that hurt his popularity.

Under German voting rules, voters must keep their choice confidential until they have left the polling station. But when casting his vote in his home constituency of Aachen, Laschet folded his ballot the wrong way, revealing which party he had voted for before dropping it in the box.

The election commissioner said that Laschet’s vote would not be disqualified because he had voted for his own party, as expected.

“This does not constitute influencing of the vote,” the commissioner said on Twitter.

It was no surprise that Laschet had cast both votes for his Christian Democrats (CDU) under an election system that allows voters to cast one vote for a representative in the country’s 299 districts and one for the party they want in parliament.

A spokesman for Laschet did not immediately reply to an emailed request seeking comment.

The blunder prompted calls for his vote to be disqualified as well as ridicule in national newspapers and on social media.

The RND group of newspapers wrote on its website that “every school kid in Germany knows that voting should be universal, free, direct, equal and confidential.”

A Twitter user named Sven said: “Please go vote today. And don’t fold your ballots as stupidly as Laschet, many thanks.”

Laschet’s hopes to succeed Angela Merkel as conservative chancellor have been dimmed as he failed to convince voters he has what it takes to step into her shoes after 16 years.

In July, he was filmed laughing during a visit to a town devastated by Germany’s deadliest flooding in more than half a century.

His CDU/CSU conservative bloc are trailing the Social Democrats by a narrow margin, leaving him with a slim chance of clinching victory.