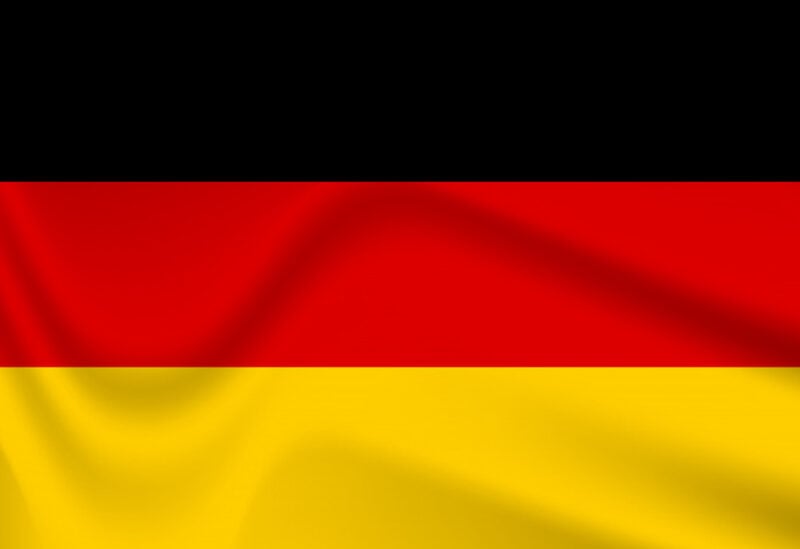 Murders committed by the neo-Nazi National Socialist Underground (NSU) from 2000 to 2007, the 2016 Islamist attack on the Breitscheidplatz Christmas market in Berlin and the racist killing spree in the city of Hanau in February 2020, are the three cases of violent extremism that stand out in recent German memory.

On Friday, the victims of these attacks will be remembered when Germany marks its very first National Day of Remembrance for the Victims of Terrorist Violence. The date, March 11, has special significance — it’s also the European Day of Remembrance of Victims of Terrorism, created after a series of bombings on trains in Madrid killed 191 people and injured more than 2,000 on March 11, 2004.
Ahead of a planned memorial for German victims of terrorism in Berlin, Interior Minister Nancy Faeser spoke of those who had been affected. “These attacks have dramatically changed the lives of so many people. Many, with a great amount of strength, are still fighting their way back to their normal lives. We must not abandon them,” she said.

Faeser’s portfolio includes domestic security, and she vowed that Germany’s national security services and domestic intelligence were doing all they could to help survivors and prevent further attacks.

Faeser, a member of Chancellor Olaf Scholz’s Social Democrats, took office only three months ago. She acknowledged that the Interior Ministry is just as responsible for failures as it is for successes in averting danger. Politicians can misjudge situations, she said, and the relevant authorities can make mistakes in dealing with the survivors of attacks or the relatives of victims.

It is with this in mind, she said, that she wants Germany’s new coalition government, which also includes the Green Party and the neoliberal Free Democrats (FDP), to focus more on helping these groups and raising awareness of their situation.

“The way we deal with those affected should be more empathetic and respectful,” Faeser said.
The memorial at Berlin’s Kronprinzenpalais, a former Prussian palace, will be small in scale due to the ongoing surge of the omicron COVID-19 variant across Germany.

Beside Faeser, the president of the Federal Constitutional Court, Stephan Harbarth, and terrorism expert Petra Terhoeven from the University of Göttingen are scheduled to speak.

Organizers stressed that future, hopefully bigger, events will feature comments from terror survivors and their loved ones. Pascal Kober, the federal government’s commissioner for victims of terrorism, told DW that the point of the memorial was not only to remind victims and their families that they are not alone, but that “we, too, have been touched” by what happened to them.

Andreas Schwartz, one of Germany’s victims of terrorism, can appreciate the choice of March 11 for the memorial.

“But the main day of remembrance, as far as I am concerned, remains December 19,” he told DW. It was on this day in 2016 that Islamist extremist Anis Amri killed 12 people at Berlin’s Breitscheidplatz square when he drove a truck into a Christmas market. A 13th victim later died from long-term effects of the attack, and more than 100 were injured.

Schwartz, 52, was among the latter, and continues to suffer from heart problems brought on by post-traumatic stress.
“I am not OK,” said Schwartz, speaking to DW from his Berlin apartment. “That whole thing” — he has to pause for a moment before he mentions Breitscheidplatz — “broke me.”

The images of that day, he said, are burned deep into his soul. He used to be a truck driver himself, but found he could not continue in that line of work.

‘Victimized a second time’
Schwartz said the years since the attack have been an ordeal. “The way we have been dealt with has gone completely wrong,” he said, adding that he and other victims have had to jump through so many hoops and seek out so many “expert opinions” just “to get our rights, it’s a catastrophe.”

When the new Victim Compensation Act(OEG) was being drafted, he said, the victims demanded that one doctor’s opinion be enough. “And all authorities should have to adhere to that,” he said.

In the end, lawmakers didn’t listen. “We are actually being victimized a second time — by the authorities,” Schwartz said bitterly.

He has spoken with many politicians and attended parliamentary investigation committees. They always said that things would get better. “The question is just when?” Sometimes, it seems to him “that they just want to stall.”
Schwartz said it’s been frustrating to run into bureaucratic hurdles while trying to get the help he needs. He said his trauma therapist told the State Office for Health and Social Affairs that he needed at least 30 hours of therapy — but only five hours were approved.

“How is a person who has been traumatized supposed to regain their normal footing,” with only five hours of therapy, he said.

Commissioner Pascal Kober, who has also worked as a pastor and military chaplain, admitted there was room for improvement — for example, making sure that victims are cared for by the same personnel throughout their recovery. He said they had already made some strides since the new government came into power, but that there was more work to be done.

A wish for Remembrance Day: ‘Unbureaucratic, quick help’
Schwartz survived the Breitscheidplatz attack severely traumatized. He considers it a success that he has now been granted 60% disability benefits, but it doesn’t reflect well on German institutions that he had to hire a lawyer to get that far. His wish for the future is “unbureaucratic, quick help” for other victims of terrorist violence.

He is very concerned that there could be another assault in Germany at any time. After the attack in Berlin, it emerged that assailant Anis Amri had long been known to the authorities and for a time had been under surveillance as a suspicious person. They believed he was capable of carrying out an attack, yet he was not stopped before it was too late.

That’s another reason Schwartz has cautioned lawmakers and police to think carefully about how they deal with terrorist threats.

“We must not allow any terror, no matter which corner it comes — whether left-wing, right-wing or Islamist violence,” he said.