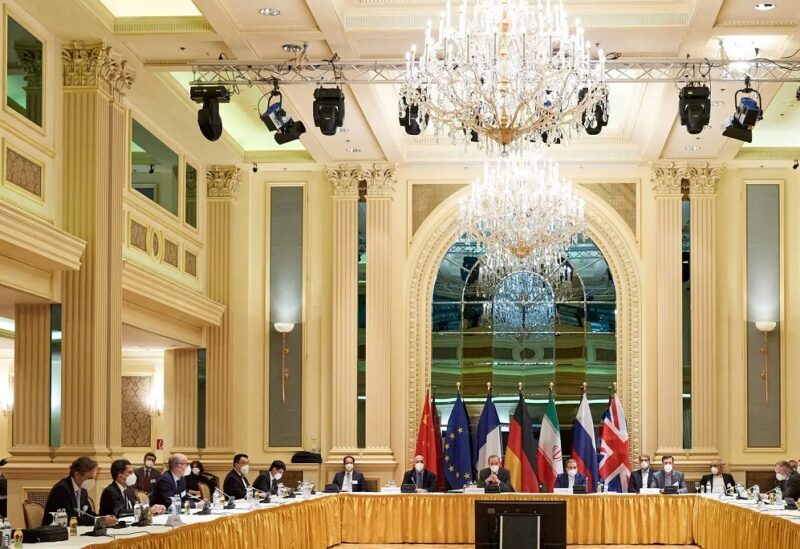 Following another report by the International Atomic Energy Agency (IAEA) that Tehran has made progress on its uranium enrichment program, Germany called on Iran, Wednesday, to return to the nuclear talks in Vienna,

“I can tell you on behalf of the federal government that the production of uranium metal enriched to 20% and the increase in uranium enrichment capacities to 60% are clearly against the JCPOA [Joint Comprehensive Plan of Action],” Christofer Burger, spokesperson for the German Foreign Ministry, said at a news conference in Berlin.

“Iran has no plausible civil justification for these steps, but instead gains relevant military knowledge and skills. We see these very negative steps all the more critically as Iran has currently suspended the Vienna nuclear negotiations. If you are not ready to negotiate, you create facts. It doesn’t go together.”

He said Tehran should return to the negotiations in Vienna to reach an agreement.

“We urge Iran to return to the negotiating table with a constructive stance. The US has made extensive offers and is ready to return to the JCPOA. The E3 [Germany, France, and UK] are also ready to continue the talks. Iran should not squander this chance of reaching an agreement,” the spokesperson said.

France, Germany, and the UK, as well as Russia and China, have stepped up diplomatic efforts aimed at preserving the agreement.

Several rounds of talks in the Austrian capital failed to prove a result earlier this year, with disagreements lingering over mutual compliance requirements and US sanctions.

The nuclear negotiations have been at a standstill since the inauguration of Iran’s new President Ebrahim Raisi, who has said he backs efforts to lift US sanctions.