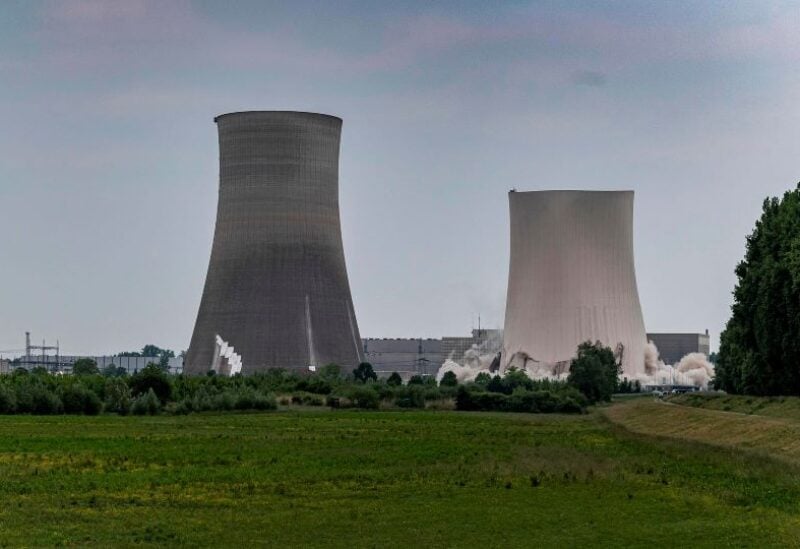 he cooling tower of the nuclear power plant Emsland in Lingen, western Germany

The EU intends to define rules for green investments, assisting climate-friendly initiatives in attracting private financing and combating “greenwashing,” which occurs when investors and businesses exaggerate their eco-credentials.

“As the federal government, we have once again stated unequivocally our opposition to the inclusion of nuclear energy.” “It’s hazardous and expensive,” Vice Chancellor and Economy Minister Robert Habeck remarked.

The German government also mentioned the absence of safety criteria for nuclear power facilities in the letter, which was issued by the Economy Ministry.

“Serious incidents posing enormous, cross-border, and long-term risks to individuals and the environment cannot be ruled out,” the letter stated.

It went on to say that the long-term storage of radioactive waste remained a mystery.

The EU standards have been postponed for a long time, with nations divided on whether nuclear energy and natural gas deserve a green label.

The German government has stated its support for a temporary green label for natural gas as a stopgap measure on the EU’s route to climate neutrality.

“Gas-fired power plants can help accelerate the transition to renewable energies and reduce emissions in the energy industry as a whole,” the report concluded.

Throughout the months of debate on the plans, Germany and other EU member states argued that gas expenditures were necessary to assist them transition away from more polluting coal.

Others argued that labeling a fossil fuel as green would weaken the EU’s reputation as a worldwide leader in combating climate change.

Nuclear energy that produces no emissions is also polarizing.

The European Commission anticipates that a final draft will be adopted before the end of the month.

Germany’s last nuclear power plants are set to shut down this year.