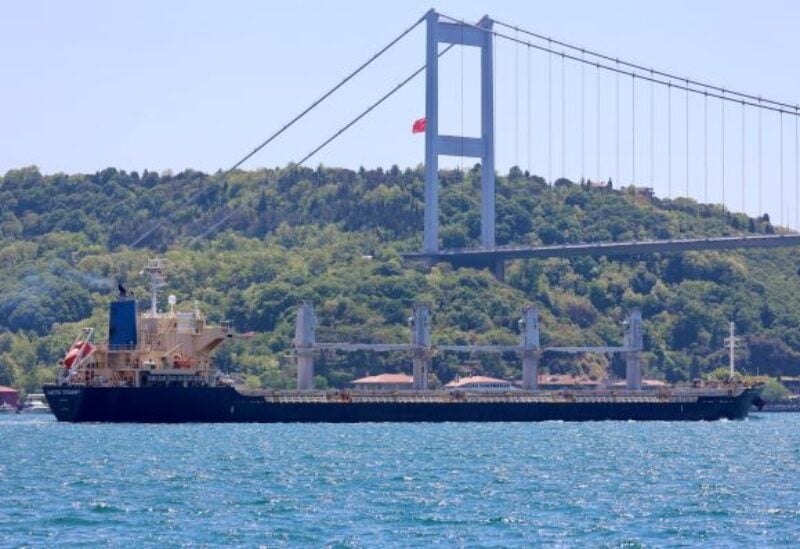 Despite suspending its involvement in a U.N. program to securely transport grain from the conflict zone, ships brought grain into Ukrainian ports on Monday, signaling Moscow had refrained from reimposing an embargo that may have contributed to world hunger.

As Russia renewed its aerial attacks, air raid sirens sounded throughout Ukraine, and explosions in Kyiv sent black smoke into the sky. According to Ukrainian officials, an attack on the energy infrastructure resulted in the loss of power.

Ukraine’s military said it had shot down 44 of 50 Russian missiles. But strikes on the pumping system for the capital left 80 percent of Kyiv without running water, authorities said, adding they hoped to restore it quickly. Two people were reported injured in the Kyiv region.

Still, the resumption of food exports from Ukrainian ports suggested that at least one dire scenario had been averted for now. International officials had feared that Moscow would reimpose a blockade on Ukrainian grain, after Russia announced on Saturday that it was suspending its role in the U.N.-backed programme that escorts cargo ships through the Black Sea.

“Civilian cargo ships can never be a military target or held hostage. The food must flow,” tweeted Amir Abdullah, the U.N. official who coordinates the programme.

Shortly after, Ukraine confirmed that 12 ships had set sail. The 354,500 tonnes of grain they carried was the most in a day since the programme began, suggesting a backlog was being cleared after exports were interrupted on Sunday.

But it was not immediately clear whether shipments would be interrupted again beyond Monday, including whether insurers would allow further vessels to sail.