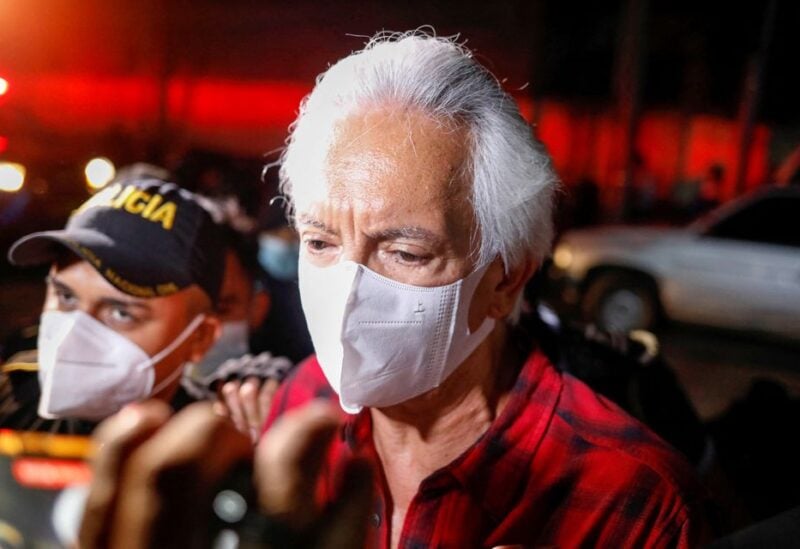 According to the prosecutor in charge of the investigation, Guatemalan authorities detained a well-known local journalist on suspicion of money laundering and extortion, causing indignation among human rights groups.

Jose Ruben Zamora Marroquin, an outspoken government opponent, was held Friday night, according to Rafael Curruchiche, director of the Special Prosecutor’s Office Against Impunity (FECI) on social media, following a raid on his home and office earlier that day.

In a video released on Twitter on Saturday by a journalist for the local daily Prensa Libre, Zamora said he was going on a hunger strike to protest his persecution.

Zamora’s attorney did not reply to a request for comment.

Zamora, 65, created the weekly elPeriodico in 1996, a publication known for its investigations into government wrongdoing.

An FECI assistant prosecutor, Samari Carolina Gomez Diaz, was also arrested for her possible participation in the crime of disclosure of confidential information, related to Zamora, Curruchiche added.

Zamora’s arrest came during a crackdown by FECI on prosecutors, judges, human rights activists, journalists, and opposition figures. FECI was founded to deal with investigations pushed by the eventually defunct U.N.-backed International Commission Against Impunity in Guatemala (CICIG).

At least five Guatemalan journalists from various news organizations are now in exile. More than a dozen former FECI prosecutors, judges, and human rights activists have departed Guatemala in response to FECI complaints and arrest orders.