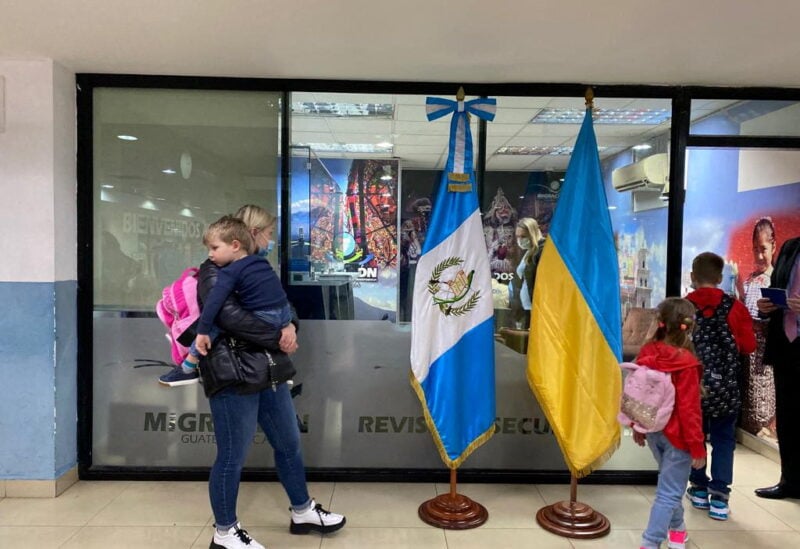 Guatemala on Friday received its first arrivals of Ukrainian families fleeing their homeland since Russia’s invasion of its neighbor last month, authorities said.

The eight Ukrainians were the first to arrive in the Central American country “for humanitarian reasons,” an immigration spokesperson told Reuters.

Another flight carrying more Ukrainians arrived several hours later, officials said. It is unclear how many may have arrived privately in Guatemala since the Russian attacks on Ukraine began.

“I don’t know what the future holds for us, but I hope the war ends soon,” one of the newcomers said in a video released by Guatemalan authorities. “It’s difficult to express how much my heart aches for my mother and father in Ukraine, who are unable to leave.”

Guatemala’s announcement was the first on Ukrainian arrivals from the Central American countries known as the Northern Triangle – also including Honduras and El Salvador – which have themselves seen much of their populations emigrate due to violence and poverty.

A rising number of Ukrainians and Russians have fled to Latin America in recent months, including those who turn up at the United States-Mexico border.