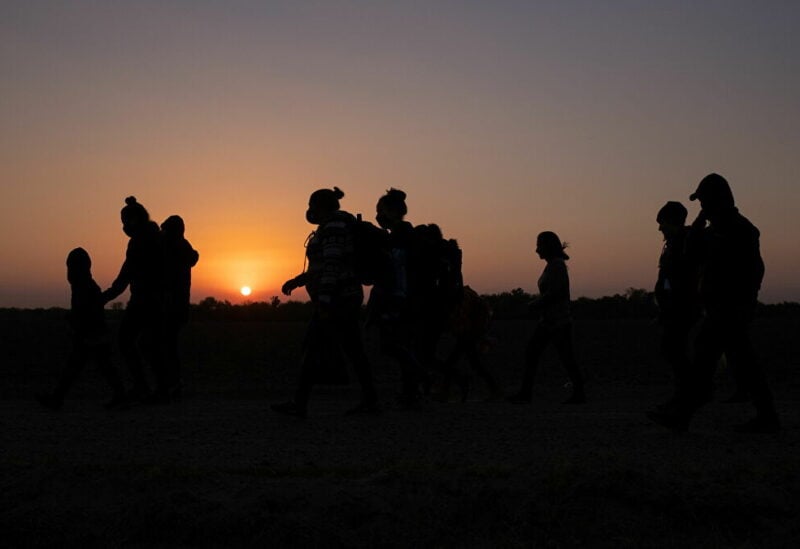 President Joe Biden’s reversal of his predecessor Donald Trump’s tough immigration policies has been slammed by critics as triggering a record-pace influx of migrants at the US southern border, creating a crisis situation that has overwhelmed US Customs and Border Protection (CBP) facilities and shows no sign of abating.

Guatemala’s president has held Joe Biden’s administration responsible for generating a crisis at the US border by sending out “confusing” messages.

“I believe that in the first few weeks of the Biden administration, messages were confusing. They were compassionate messages that were understood by people in our country, especially the coyotes, to tell families, ‘We’ll take the children’,” President Alejandro Giammattei said on Tuesday during an interview on MSNBC.

“And children can go, and once children are there, they will call their parents,” he continued.

Giammattei tore into America and other countries for failing to duly tackle the deplorable situation that allowed unaccompanied minors to make the dangerous trek to the US, where they “fall into the hands of cartels and prostitution networks, and so on”.

The Guatemalan president cited “horrible acts” committed by ‘coyotes’ – people who smuggle immigrants across the US–Mexico border – such as “dropping children from atop high walls”.

“This is not humane behaviour,” he said, referring to the immigration policies put in place by the current POTUS.

Weighing in on the data showing that in February, Customs and Border Patrol agents caught over 100,000 would-be migrants, while 171,700 more individuals were apprehended in March, among them nearly 19,000 minors, Giammattei said:

“What I can say is that no government, no matter how large or strong, can have that gigantic apparatus that would be required to address 30,000 or 40,000 people in detention centres and have all of them in a status where they are claiming refuge. As we explained, many of these issues can be corrected, but we have to work together.”

Previously, Joe Biden’s administration was slammed for the border crisis by Mexican President Andres Manuel Lopez Obrador in remarks made in March.

​Obrador underscored that the real reasons prompting so many migrants to migrate north should be dealt with in the first place. According to him, the US should invest in Guatemala, Honduras, El Salvador and the southern region of Mexico if it wanted to curtail the flow of arrivals.

The Mexican president’s remarks echoed his strongly worded statements made earlier, after a virtual meeting with the US president on 1 March.

“They see [Biden] as the migrant president, and so many feel they’re going to reach the United States. We need to work together to regulate the flow, because this business can’t be tackled from one day to the next,” said Obrador.

This comes as the border developments have reportedly prompted the White House to negotiate a deal with the so-called Northern Triangle countries – Guatemala, Honduras and El Salvador- to boost the police and military presence on their respective borders in an effort to curb the migrant flow.

Recent reports also suggested that the US is considering implementing a programme of financial support for Central American countries as a way to handle the migration crisis.

​Last week, the Washington Times reported that Biden was thinking about restarting construction of the border wall to “plug gaps” in the current network of barriers.

According to data provided by US Customs and Border Protection, federal agents encountered 18,890 unaccompanied children from Central America in March, double February’s 9,297.

The crisis at the US-Mexico border, which escalated shortly after Joe Biden took office, came after the new administration embarked on the Democratic POTUS’s campaign pledges to dismantle Donald Trump’s hardline immigration policies.

Accordingly, nearly a dozen Trump-era immigration-related policies were reversed in January, ending “harsh and extreme immigration enforcement”, halting construction of the wall, promising to “restore and expand” the asylum system, and offering a “path to citizenship” for the estimated 11 million undocumented immigrants already living in the US.

The White House has rejected any suggestion that Biden’s immigration changes are responsible for the current crisis, blamed the situation on his predecessor.

Some officials have also suggested that the current migrant surge is “cyclical”, while ex-President Donald Trump warned that the border crisis could “destroy our country” if not dealt with properly.