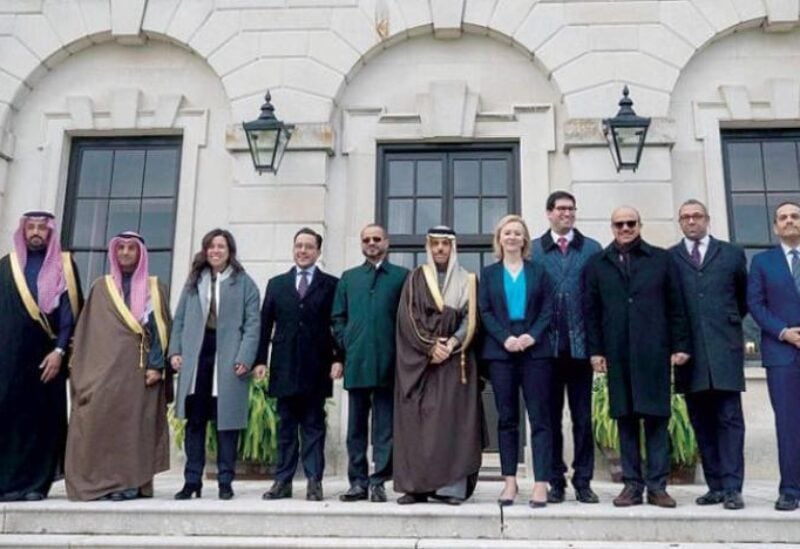 Foreign ministers from Gulf countries and Britain on Monday agreed to strengthen security and economic ties, setting the stage for closer cooperation in areas including trade, cyber security, and green infrastructure investment in low and middle-income countries.

During the meeting, Gulf-British ties and means of boosting them across all fields were discussed.

Also, the meeting touched upon the importance of strengthening joint coordination between GCC countries and Britain in many regional and international files of common interest.

Moreover, attending top diplomats welcomed the action plan that aims to increase trade between GCC countries and the United Kingdom, encourage inter-investment, and provide all facilities to Gulf and British investors in a manner that increases prosperity and well-being for the countries and peoples of the Gulf countries and Britain.

They also welcomed the relaunched British International Investment (BII) body, which will increase investments in infrastructure, tech, and clean energy projects across Asia, Africa, and the Caribbean.

The Foreign Ministers also welcomed work to increase trade between the UK and the GCC, which is worth more than £30 billion per year. The UK and GCC are working towards a new Free Trade Agreement (FTA), with negotiations expected to commence next year, which will boost links in areas like investment and services.