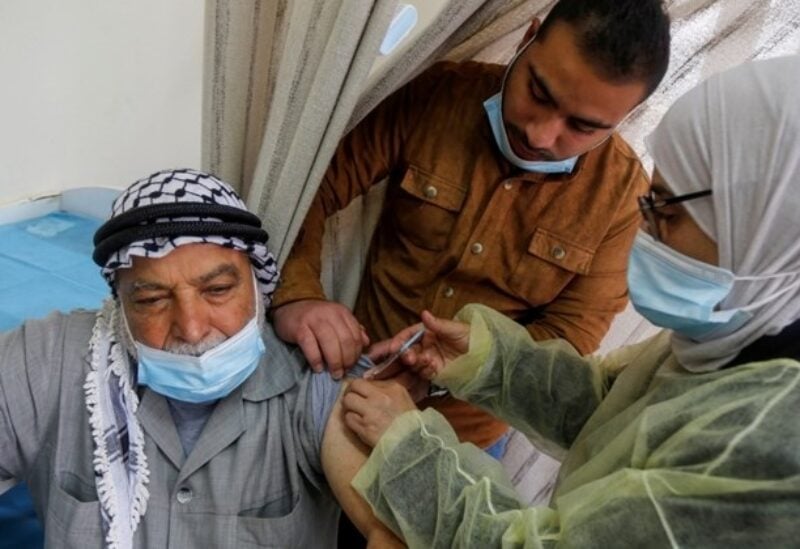 OCCUPIED JERUSALEM: More than half of Israel’s 9.2 million people have received both doses of the Pfizer/BioNTech vaccine against Covid-19, the health ministry said Thursday.

With more than 4.6 million residents vaccinated, Israel continues its world-beating campaign that sent infection rates plummeting and allowed for some limited loosening of restrictions.

In this week’s general election, Prime Minister Benjamin Netanyahu emphasised his drive to obtain vaccines from pharmaceutical giant Pfizer in exchange for data on its effects.

Voters rewarded Netanyahu’s Likud with the most seats of any party, though his path to a majority coalition remains unclear.

Israel has had three lockdowns and 6,157 deaths from the coronavirus pandemic. Public frustration grew at the uneven enforcement of health restrictions among the ultra-Orthodox population.

As of Thursday, the percent positivity rate was 1.1 percent, a drop from nearly 6 percent a month ago, according to the health ministry.

In addition, there were 482 patients in serious condition on Thursday, compared to more than 800 in late February.

Vaccines are going far slower in areas controlled by the Palestinian Authority, which has relied on donations and limited supplies from Israel.

Human rights groups and some Democratic US lawmakers have called on Israel to offer vaccines to all Palestinians in the territories under Israeli control.

Israel vaccinated more than 100,000 Palestinian workers with permits to enter Israel or Jewish settlements in the West Bank.

Earlier in March, the Palestinian Authority received 60,000 doses of the Pfizer/BioNTech and AstraZeneca vaccines, which were delivered via the Covax programme of the United Nations.

Palestinian officials said that health workers, people over 75 and patients with kidney disease or cancer could get the vaccine.

The UN says it plans to deliver enough doses to inoculate another million Palestinians via the Covax programme.

Palestinians have also received about 60,000 doses of the Russian Sputnik V vaccine from the United Arab Emirates, and they are set to receive a further 100,000 Chinese vaccine doses as well.

The Palestinian health ministry said 1,910 people have died from the coronavirus in the occupied West Bank and another 593 in the blockaded Gaza Strip.