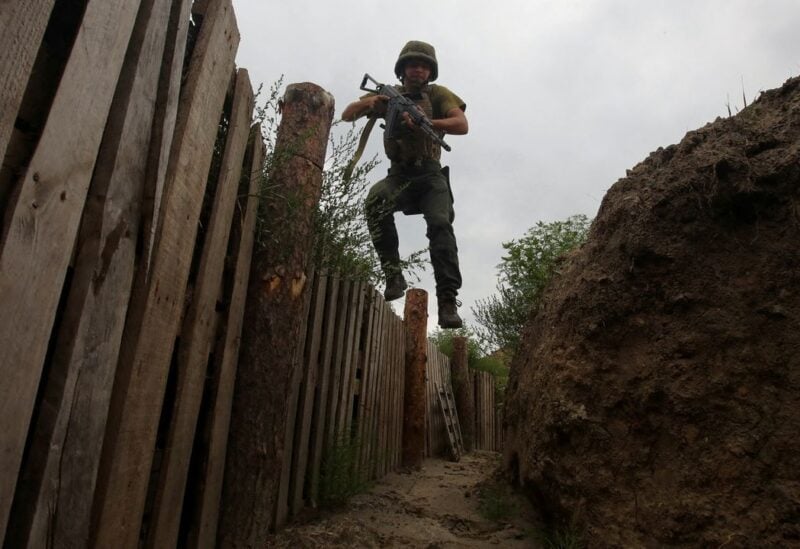 A member of the Ukrainian National Guard jumps into a trench at a position near a front line, as Russia's attack on Ukraine continues, in Kharkiv region, Ukraine August 3, 2022. REUTERS/Vyacheslav Madiyevskyy/File Photo

Amnesty International criticized Ukraine’s armed forces of putting civilians in danger by stationing troops in residential areas during the Russian invasion, leading to the head of the organization’s Ukrainian branch resigning from the human rights organization.

Amnesty made the remarks on Thursday, and Kyiv compared them to Russian disinformation and propaganda.

The group, according to President Volodymyr Zelenskiy, is complicit in what he called Russia’s unprovoked attacks on Ukraine. He claimed that the human rights organization was attempting to transfer blame from the aggressor to the victim.

Oksana Pokalchuk, national Amnesty leader, said on Facebook late on Friday that the Ukrainian office has consistently noted that the information that Amnesty issued on Thursday should take into account the position of the Ukrainian defence ministry.

“As a result of this, unwittingly, the organization created material that sounded like support for Russian narratives. In an effort to protect civilians, this study became a tool of Russian propaganda,” Pokalchuk said.

“It pains me to admit it, but we disagreed with the leadership of Amnesty International on values. That’s why I decided to leave the organization,” she added.

Ukrainian officials have said they take every possible measure to evacuate civilians from frontline areas. Russia denies targetting civilians in what it describes as a “special military operation”.