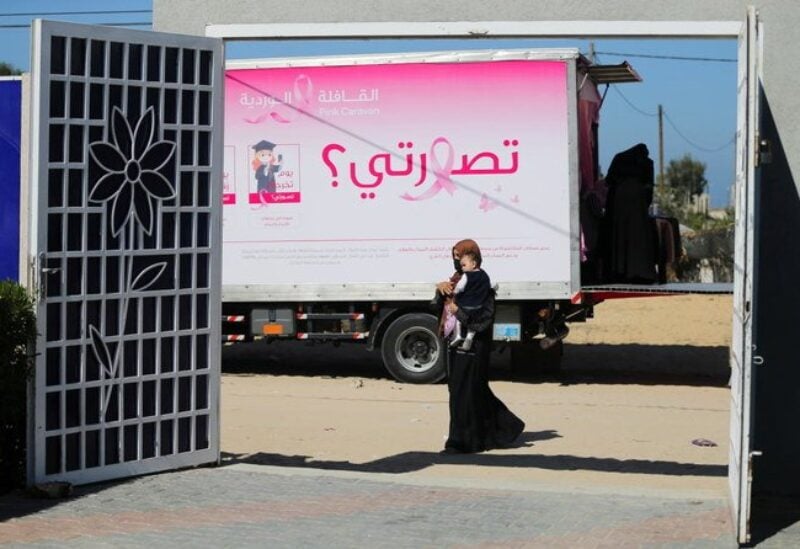 Health officials and organizations in Gaza are increasing up efforts to convince women to get screened for breast cancer in the hopes of overcoming social stigma associated with the condition in the conservative Palestinian enclave.

Muslim clerics have been urging early detection as part of a “There’s no shame in it” campaign sponsored by private charity Fares Al-Arab in collaboration with the health ministry, while bakers have included similar messaging in bread packets.

A mobile testing van has been on the road for the past week, delivering scans for 150 women per day at the start of October’s annual international breast cancer awareness month.

“‘There’s no shame in it,’ says Georgette Harb, the campaign’s leader, is a message of hope and safety for all women, asking them to go ahead and check.”

“In the community, there is a category that treats the issue as humiliating, and they treat breast removal and the word breast as if it were disgusting or shameful,” Harb added.

According to the health ministry, breast cancer accounts for 32% of cancer diagnoses among women in Gaza.

Cancer patients there face multiple problems ranging from poverty, the lack of medication in the territory’s hospitals and some difficulty going for treatment to Israel, the West Bank and beyond due to permit restrictions.

During the campaign, Gaza’s main telecommunications company PalTel bathed its headquarters in pink lights, the color illustrating breast cancer awareness, with more institutions due to follow.

Gaza, a narrow coastal strip that borders Egypt and Israel, is home to about two million Palestinians. Poverty and unemployment in the enclave run high.