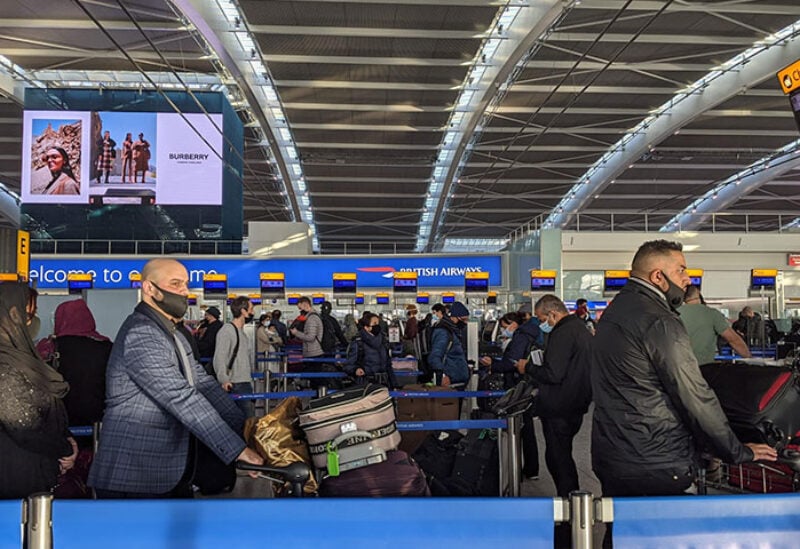 Heathrow Airport regularly sees queues of three hours and sometimes six hours at border control, according to Emma Gilthorpe, its chief operating officer, but earlier this month, passengers complained of waits up to seven hours.

Unions representing Border Force officials, which controls the border, said part of the issue was caused by Covid restrictions requiring immigration officials to only work in a bubble of 10.

They said this prevented more staff being deployed if the border was particularly busy.

Speaking to the Home Affairs Select Committee that manages the border, Gilthorpe said that, pre-Covid, the queues for EU arrivals were supposed to be 25 minutes, and 45 minutes for non-EU arrivals.

While she said she expected the length of waiting to go up during the pandemic, Gilthorpe said the levels the airport was currently seeing were “unacceptable”.

While Gilthorpe said the measures in place for quarantine hotels were running relatively smoothly, with a small number of passengers, she said the same could not be said for the border.

We are seeing significant pressure on the border and we are seeing very long queues, and that is a worry,” she said.

Although Gilthorpe said she knew additional resources had been introduced, the issues were caused by “the level of complexity of the processes and the way resource is being deployed”.

International arrivals must now provide proof of a negative Covid test taken 72 hours before departure to England and a passenger locator form which contains details of either a purchased hotel quarantine stay, or two test kits for at home quarantine.

She told the committee: “It is deeply frustrating as the operator of the airport when you have a queue full of people and you only have two desks open.

“It is rare to see all the desks manned and we have to find our way to how we make that happen so we can get that flow.”

Gilthorpe said she hoped that by the summer the gates would be able to also scan passenger locator forms and pre-departure testing results, but that had not yet been integrated into the system.

The Heathrow executive also warned that if the long queues continued after international travel is permitted it could risk the country’s economic resurgence.

“Heathrow is Britain’s hub airport, it is the front door. We have to get our economy moving and we have to make sure we are capable of receiving people,” she said.

“If you have a poor experience at the border there’s a risk you won’t come back again. That traffic will go to Charles De Gaulle (airport in Paris), it will go to Frankfurt and we will miss out on that economic resurgence,” she said.