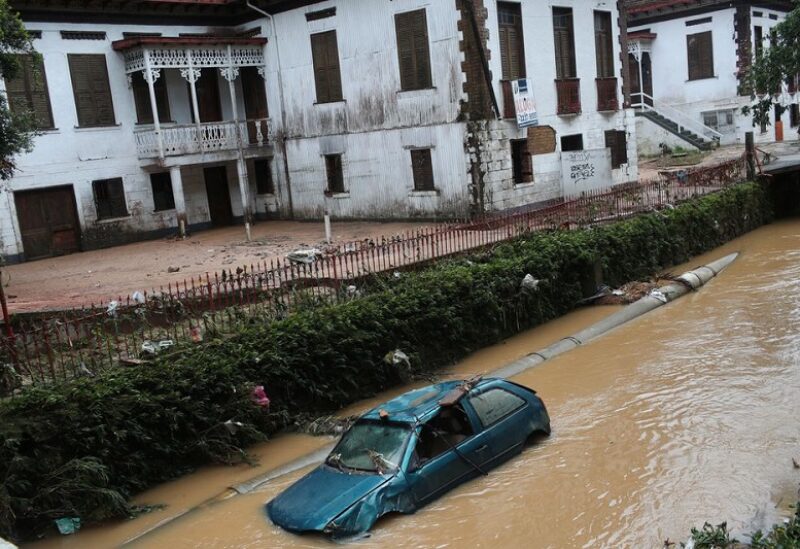 A car is pictured at a river after pouring rains in Petropolis, Brazil, February 16, 2022. REUTERS/Ricardo Moraes

City streets were flooded by downpours, while landslides also resulted in fatalities after the amount of rain on Tuesday exceeded expectations for the entire month of February.

Up to 80 houses were hit by landslides on Morro da Oficina, one of the most critical places at the moment, according to authorities, who expect the death toll to rise.

Several fire department and local civil defense teams are working at the site.

The City Hall declared three days of mourning as the city is practically at a standstill. Displaced people are being taken to schools and support shelters. More than 300 people had to leave their homes.

The water came very fast and with great force. My loss was 100%. Our life was already tough with the pandemic and less movement, and this tragedy still comes,” said shopkeeper Henrique Pereira.

President Jair Bolsonaro, who is traveling to Russia, said on Twitter he had asked ministers to help the city and the victims of the storm. The governor went to Petropolis on Tuesday night.

Since December, heavy rains have triggered deadly floods and landslides in northeast Brazil and Sao Paulo state, threatened to delay harvests in the midwest and briefly forced the suspension of mining operations in the state of Minas Gerais.