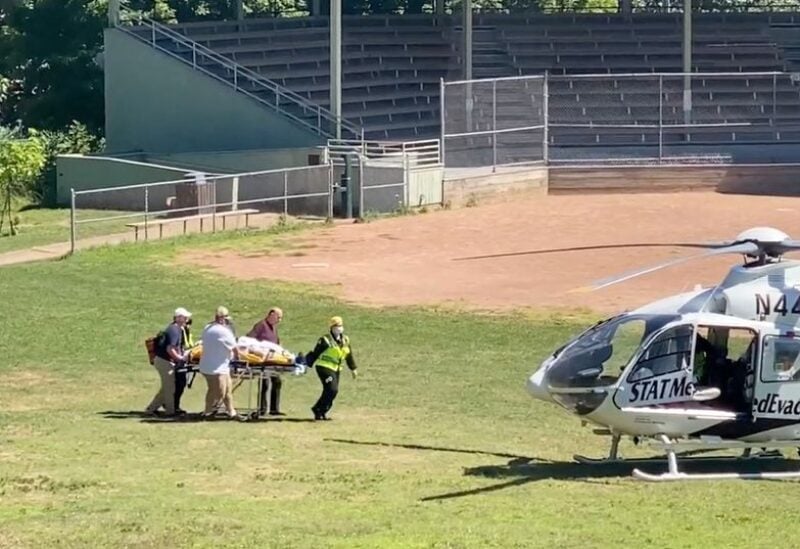 Author Salman Rushdie is transported to a helicopter after he was stabbed on stage before his scheduled speech at the Chautauqua Institution, Chautauqua, New York, U.S.

On Saturday, a spokesperson from the Iran-backed Lebanese armed organization Hezbollah stated that the group has no more information on the stabbing incident against writer Salman Rushdie.

“We don’t know anything about this matter, therefore we won’t comment,” the official said on condition of anonymity to Reuters.

Hadi Matar, 24, of New Jersey, was identified as the alleged attacker by authorities. Matar is originally from Lebanon, and his family is from the south Lebanon town of Yaroun, according to Yaroun mayor Ali Tehfe.

Tehfe stated that Matar’s parents immigrated to the United States, where he was born and reared.

When questioned if Matar or his parents were involved with or supported Hezbollah, Tehfe stated that he had “no knowledge at all” on the parents’ or Matar’s political beliefs because they resided overseas.