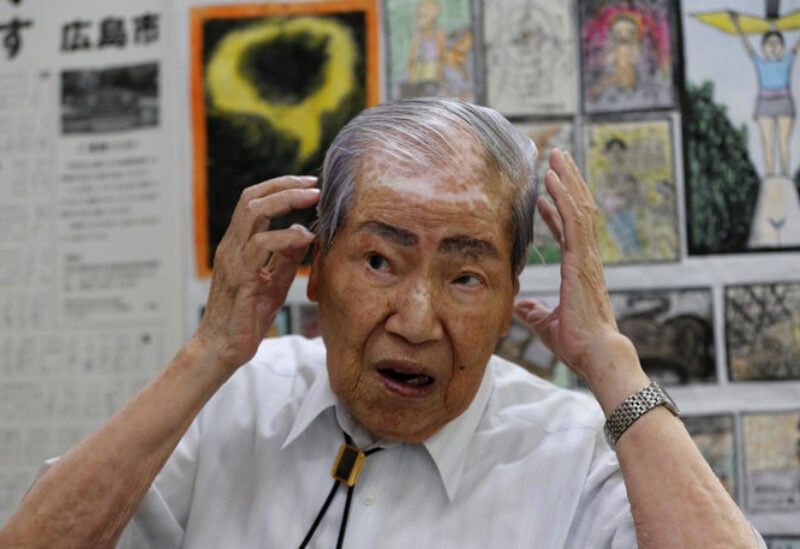 Sunao Tsuboi, Hiroshima atomic bomb survivor and nuclear disarmament activist, has died at the age of 96, his advocacy group said on Wednesday.
Nihon Hidankyo, the group of atomic bomb survivors that he headed, said the cause of death was an irregular heartbeat caused by anemia. He died on October 24 at a hospital in Hiroshima.
Tsuboi was 20 years old when the United States dropped an atomic bomb on his hometown on August 6, 1945. He was on his way to engineering school when the bomb hit, killing 140,000 people.
Three days later, a second nuclear bomb fell on Nagasaki, killing another 70,000 people. Japan formally surrendered on August 15.
“I suffered burns all over my body,” Tsuboi said in 2016. “Naked, I tried to run away for about three hours on August 6 but finally could no longer walk.”
He gained consciousness 40 days after the bombing, but he was so weak that he had to start by crawling. A part of his ear was gone because of the burns. Later, he developed cancer and other diseases.
His experience led him to become a prominent advocate for atomic bomb survivors. His life’s mission was a nuclear-free world. He said: “I can tolerate hardships for the sake of human happiness. I may die tomorrow, but I’m optimistic. I will never give up. We want zero nuclear weapons.”
Tsuboi was one of the survivors who met US President Barack Obama on his historic visit to Hiroshima. He held the hands of the first sitting US president to visit Hiroshima, and even shared a laugh. Later, he said: “I was able to convey my thoughts.”
As the world mourned Tsuboi’s death, Akira Kawasaki of ICAN, or the International Campaign to Abolish Nuclear Weapons, said, “We must not only mourn the death of a great leader for our cause, but we must also continue in his path, undeterred, and always remember his words.”
He is survived by two daughters and a son. Funeral services were held earlier in the week with only the immediate family, in line with his wishes to keep ceremonies low-key.