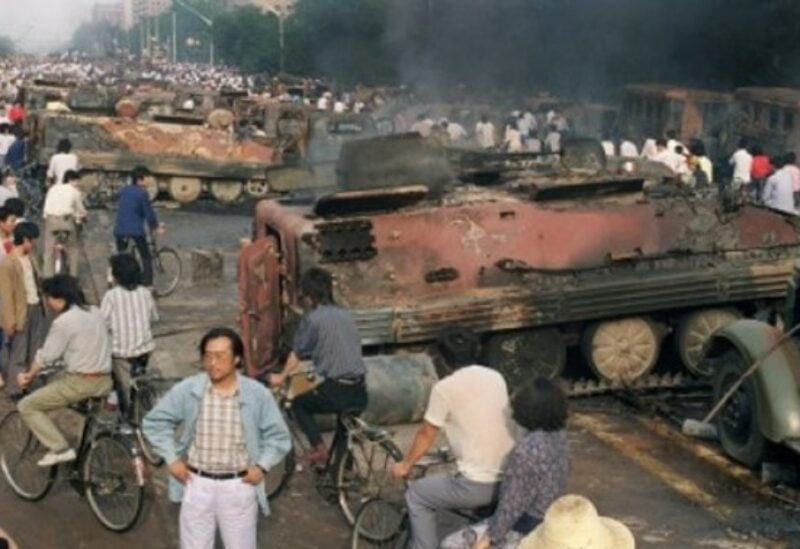 Owner of the now-defunct Hong Kong pro-democracy paper Apple Daily, Jimmy Lai, was found guilty on Thursday for taking part in a vigil marking the June 4 anniversary of the Tiananmen Square massacre
Lai and three other pro-democracy activists were found guilty of unlawful assembly under Hong Kong’s controversial national security law.
Opposition politician Gwyneth Ho and rights lawyer Chow Hang-tung were also found guilty.
In total, Hong Kong authorities have charged more than two dozen pro-democracy politicians and activists for participating in the banned vigil.
The three were the only ones to enter not guilty pleas and contest the charges in court, meaning they were the last to receive a verdict.
However, all three of the activists are already behind bars on separate, previous, convictions under the national security law.
Many activists have been arrested, jailed or gone into exile since the city’s Beijing-backed rulers imposed the draconian national security law last year.
Traditionally, Hong Kong has held the largest vigils, with tens of thousands of people gathering to commemorate the massacre of peaceful pro-democracy protesters in Beijing’s Tiananmen Square in 1989.
Authorities have used coronavirus restrictions limiting gatherings, as well as security concerns, as a reason for banning the vigil over the past two years.
However, activists say the vigil is being banned on behalf of Beijing, whose authorities have long sought to scrub memories and official records of Tiananmen.