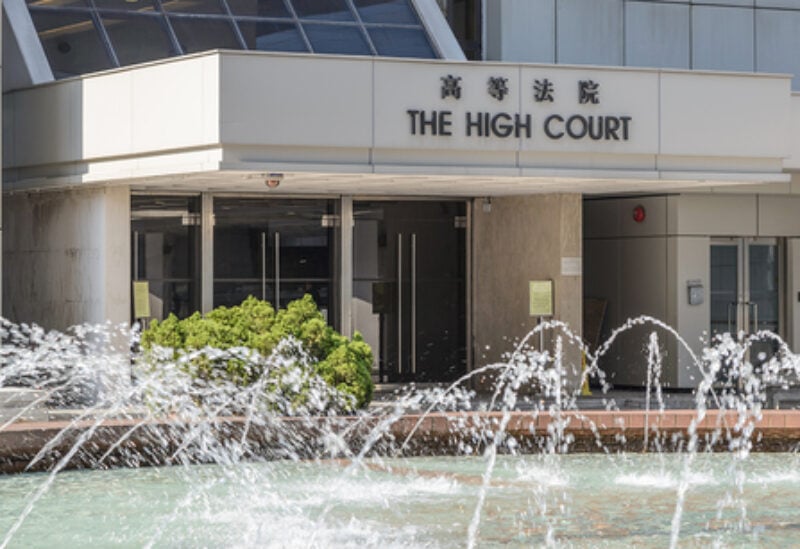 The city’s High Court ruled on Thursday that the first person convicted under Hong Kong’s national security law would face a trial without a jury, in a landmark decision that breaks with the city’s common law traditions.

Tong Ying-kit, who was holding a sign that read “Liberate Hong Kong, revolution of our times,” is accused of ramming his motorcycle into officers during a demonstration on July 1, knocking several down on the narrow street before collapsing and being arrested.

It was the first day on which the national security law was in force. The law punishes anything authorities deem as secession, separatism, terrorism and collusion with foreign forces with up to life in prison.

Tong, 24, was among more than 300 demonstrators against the new law who were arrested that day, and was charged with inciting separatism and terrorism.

In February, Secretary for Justice Teresa Cheng informed the defendant’s legal team his trial will be heard by three judges appointed for national security cases, instead of a jury, citing “the personal safety of jurors and their family members”.

Tong then filed for a judicial review of the decision.

Judge Alex Lee at the High Court rejected the application, saying in a written judgement on Thursday “there is nothing inherently unreasonable in directing a trial by a panel of three judges sitting without a jury, when there is a perceived risk of the personal safety of jurors and their family members or that due administration of justice might be impaired”.

Hong Kong’s Judiciary describes trial by jury as one of the most important features of the city’s legal system, a common law tradition designed to offer defendants additional protection against the possibility of authorities overreaching their power.

Article 46 of the new law – drafted in Beijing, where the Communist Party controls the courts and conviction rates are near 100% – specifies three scenarios in which juries may be disbanded: protecting state secrets, cases involving international powers, and jurors’ personal protection.

Tong has also been denied bail on many occasions. Defendants in Hong Kong’s common law have historically been able to demand release unless prosecutors can prove that their imprisonment is justified.

The burden of proof is now put on the criminal to show that if released on parole, they would not violate the law. This is a deviation from common law procedures.

The trial will begin on June 23.