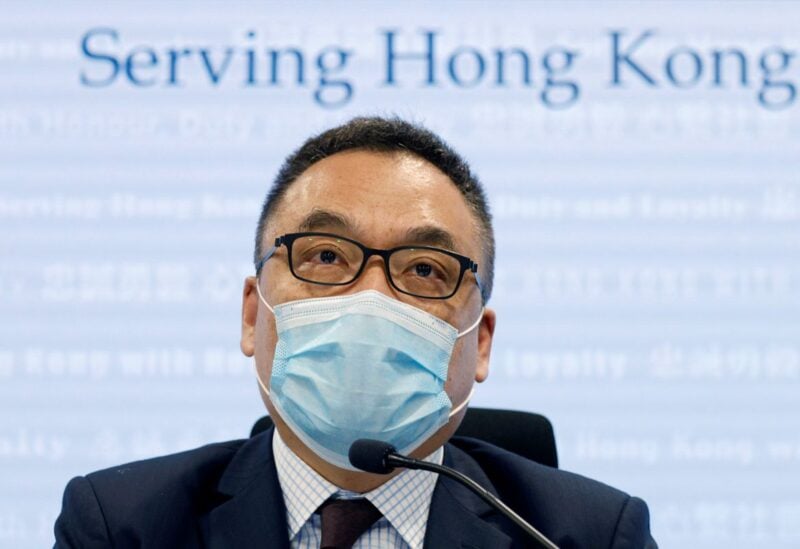 Hong Kong police said on Thursday that they had found and apprehended four individuals who had been hiding out for more than a year and were wanted on charges related to large-scale pro-democracy rallies in 2019.

The four, who range in age from 16 to 24, were apprehended in the countryside at early on Wednesday, according to Steve Li from the police national security division.

They had all faced rioting and illegal assembly charges but had failed to show up in court, leading to warrants being issued for their arrests.

Since late 2020 and early 2021, the men had holed up in various places including a windowless room in an industrial building, supported by a group of handlers, some of whom had since fled to the UK, Li said.

“Because they knew the police were investigating their whereabouts, they kept changing their hiding place,” Li told reporters. “They were placed in cardboard boxes and moved about, like cargo, to new hideouts.”

Local media said the men had been en-route to a speed boat at a remote pier that was bound for Taiwan, and had been caught with Taiwan cash and multiple phone cards among other items.

“We saw that all four of the men had long, unkempt hair, their bodies were very thin and they looked anguished and downcast,” Li said.

One of the suspects, Tsang Chi-kin, 21, was brought into court on Thursday chained around the wrists and waist, sporting shoulder length hair and dressed in black shorts.

Tsang, a former high school student, was shot in the chest by police on Oct. 1 2019, only to be charged with rioting. He later sought asylum in the U.S. consulate but was rejected.

Hong Kong, a former British colony that reverted to Chinese rule in 1997, was embroiled by mass pro-democracy protests in 2019. Police have arrested over 10,000 people related to those demonstrations, leading to over 1,000 being jailed so far, according to rights groups and activists read more .

Western governments have criticised authorities for clamping down on dissent, including through a China-imposed national security law. Authorities, however, say their enforcement actions have restored stability to the financial hub.