Hosepipe ban comes into force across much of England 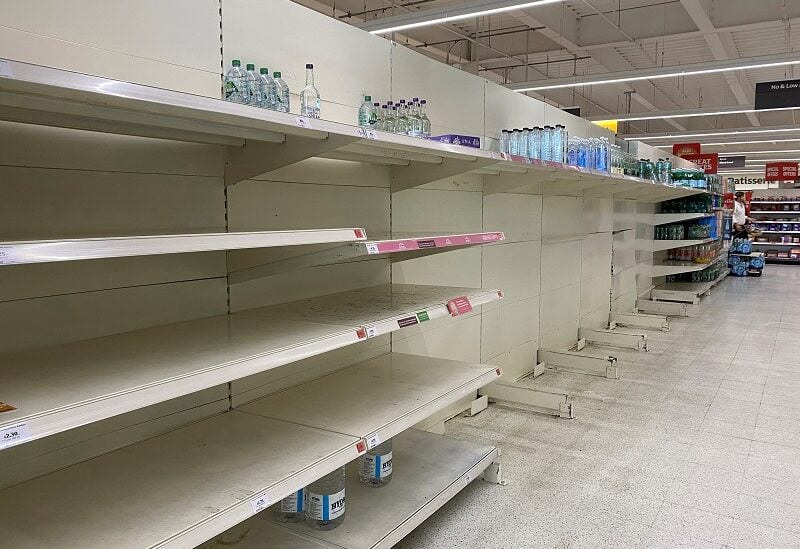 The bottled water section of an aisle at a Sainsbury's supermarket is seen almost empty, as restrictions over water usage continue in parts of the country, in London, Britain, August 18, 2022. REUTERS/Toby Melville

As of today, Wednesday, the hosepipe ban announced last week, comes into force across much of England

Thames Water, one of England’s major water service providers, announced the restrictions on commercial water usage after successive heatwaves and the declaration of an official drought.

The ban was announced on Aug. 17 and will affect 15 million people across Greater London, the Midlands, Thames Valley, Gloucestershire, parts of Surrey, Kent and North Wiltshire.

“From Wednesday 24 August, we’re bringing in a hosepipe ban (also known as a Temporary Use Ban) for all customers we supply water to,” Thames Water said in an announcement last week.

“After the driest July on record, and below average rainfall in 10 of the last 12 months, water levels in our rivers and reservoirs are much lower than usual. We have more teams reducing leakage than ever before, working 24/7 to find and fix more than 1,100 leaks every week,” it added.

Under the hosepipe ban, people will be restricted from the commercial use of water which includes watering their gardens, filling their pools and ponds, as well as washing their cars.​​​​​​​

This year the UK has experienced its hottest and driest summer with the months of July and August experiencing two heat waves and recording temperatures between 35-40 degrees Celsius.