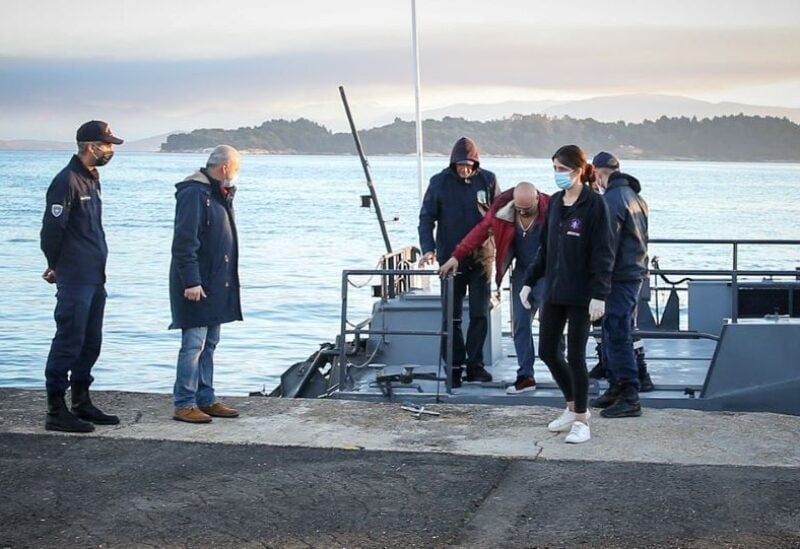 A passenger from Italian-flagged Euroferry Olympia disembarks from a Greek coast guard vessel at the port of Corfu, after being rescued from the ship that caught fire off the island of Corfu, Greece

Hundreds of passengers were rescued from a boat that caught fire in the early hours of Friday between Greece and Italy, according to the Greek coastguard.

The 183-meter (600-foot) boat was enveloped in flames and massive clouds of smoke, according to a video posted on the Greek news website Proto Thema. The song “May Day” was playing over the speakers.

The coastguard said that 239 passengers and 51 staff members were on board the Italian-flagged Euroferry Olympia, with the majority of them boarding rescue vessels en route to the island of Corfu’s harbour.

There were no reports of fatalities or serious injuries at the time. According to the Athens News Agency, one person was rushed to the hospital with breathing problems.

The fire broke out near the Ionian Sea island of Corfu, the origin of which was unknown at the time.
We were awakened at 4:20 a.m. We were off the ship in under an hour… “The crew saved us because they moved quickly,” one of the passengers told Skai TV over the phone.

According to the company’s website, the ferry is part of the Grimaldi Lines group and can carry up to 560 passengers.

According to Grimaldi Lines spokesman Paul Kyprianou, the source of the fire is still being investigated, but there are signs that it started from the ship.