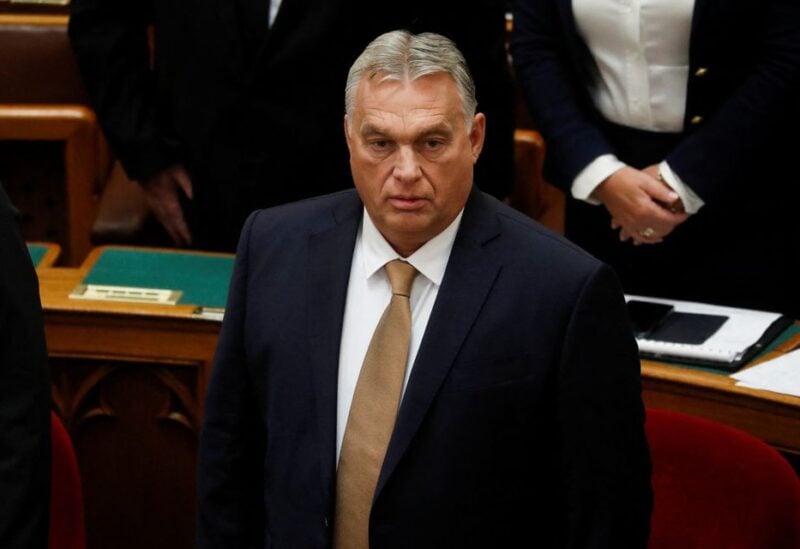 Orban, who has long clashed with the EU over some of his policies viewed as anti-democratic in Brussels, called for a cease-fire to stop the war and said sanctions against Russia were harming Europe’s economy.

Orban, who was reelected for a fourth consecutive term in April, now faces surging inflation, plunging consumer confidence and the prospect of a recession next year.

He told parliament it was no surprise that governments were falling in Europe, referring to the Italian election on Sunday following which Giorgia Meloni looks set to lead Italy’s most right-wing government since World War Two.

“We can safely say that as a result of the sanctions, European people have become poorer, while Russia has not fallen to its knees,” Orban said. “This weapon has backfired, with the sanctions Europe has shot itself in the foot.”

Orban, whose government is in talks with the European Commission to secure billions of euros in EU funds blocked over rule-of-law concerns, said his government would launch a “national consultation” asking Hungarians about sanctions. Orban has previously used this campaign tool to shore up domestic support for his Fidesz party on policies such as gay rights or migration.

Orban said his government had revised its long-term energy strategy and aims to overhaul the power system and extend the lifespan of the Paks nuclear power plant, with a total of 32 big investments planned to be financed using EU funding.

“If the Brussels bureaucrats do not give us this money, which Hungary is eligible for, then we will get the necessary funds from other financial sources,” Orban said, adding Hungary had started talks with the EU and “other international partners”. He did not elaborate.