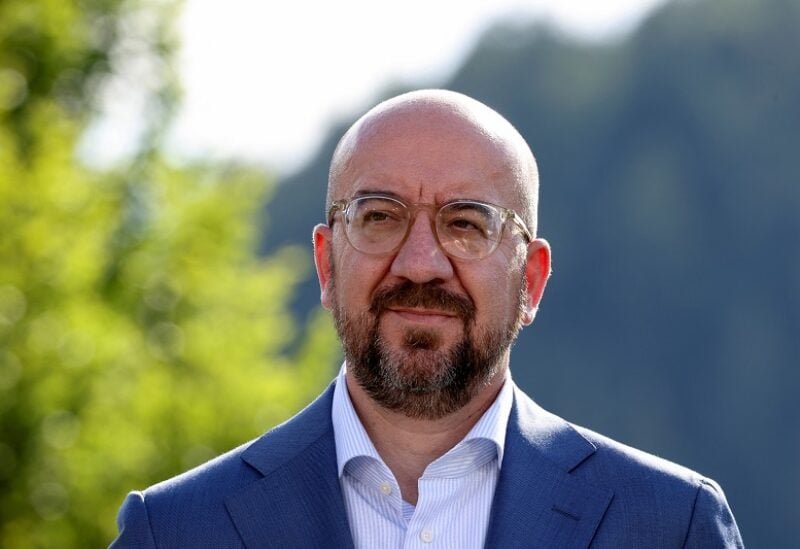 European Council President Charles Michel accused Russai, at the G7 summit on Sunday, of being solely responsible for the global food crisis, adding that it is playing the dangerous “Hunger games.”

Leaders of the world’s seven wealthiest nations gathered in Germany for talks on additional sanctions against Russia and the medium- and long-term reconstruction of Ukraine.

During a press conference at the summit, Michel said the Kremlin is using food as a “silent weapon of war.”

“We must vigorously counter Russia’s propaganda about food and fertilizer prices,” he said, adding that the EU is supporting the UN’s efforts to reopen maritime routes in a way that also addresses Ukraine’s security concerns.

He said that global initiatives for food security are also being supported. “The EU is working to mobilize nearly €600 million ($634 million) to support the most affected partners.”

He also reaffirmed that the block is committed to supporting Ukraine’s reconstruction.

“With G7 countries, we all share the same goals: to cut the oxygen from Russia’s war machine while taking care of our economies. The EU will stand by Ukraine for the long haul,” he said.

The three-day G7 meeting at Schloss Elmau in the Bavarian Alps began on Sunday.

The G7 agenda is considered more urgent than ever as Russia’s war in Ukraine continues and it is also noteworthy that the summit is being held before NATO member states negotiate restructuring the alliance in times of war at a summit in Madrid on June 28-30.