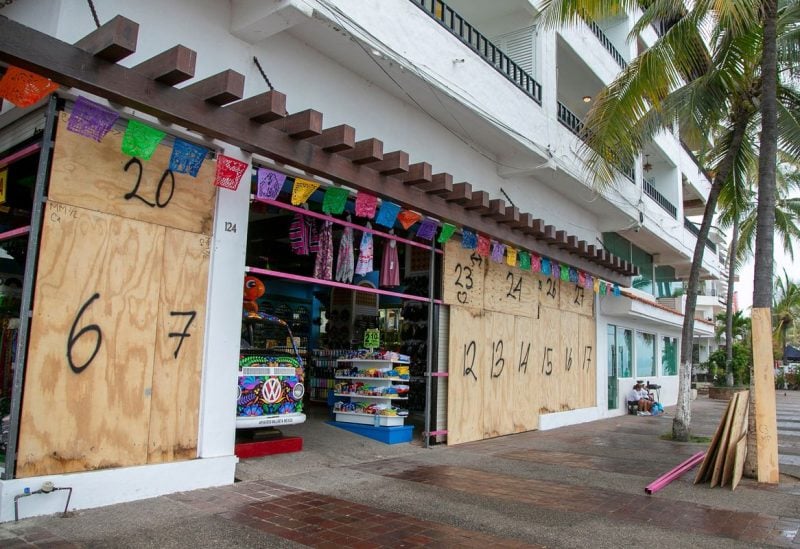 The U.S. National Hurricane Center (NHC) said that Mexican emergency personnel were scrambling on Saturday to complete preparations as Hurricane Roslyn, a dangerous Category 4 storm, churned toward tourist areas along the country’s Pacific coast and was projected to make landfall by morning.

Nayarit is home to popular beach destinations like Sayulita and Punta Mita.

Maximum sustained winds were near 130 mph (215 kph), and rainfall of up to 10 inches (25 cm) was expected along the northern coast of Jalisco state, which neighbors Nayarit. On the upper coast of Colima and western Nayarit, up to 8 inches of rainfall was expected.

A hurricane warning was in effect for the coast from Playa Perula to Escuinapa and Las Islas Marias.

The Miami-based forecaster predicted that Roslyn would still be a major hurricane when it made landfall, despite the possibility of some weakening starting on Saturday night.

According to officials, some beaches in the coastal regions of Nayarit and Jalisco, including Puerto Vallarta and La Huerta, have been blocked, and emergency shelters have been opened for those who had to leave their homes.

Stay out of the ocean was advised in a video uploaded on Twitter by Mexico’s civil protection agency, which showed powerful waves crashing into a beach in Nayarit.