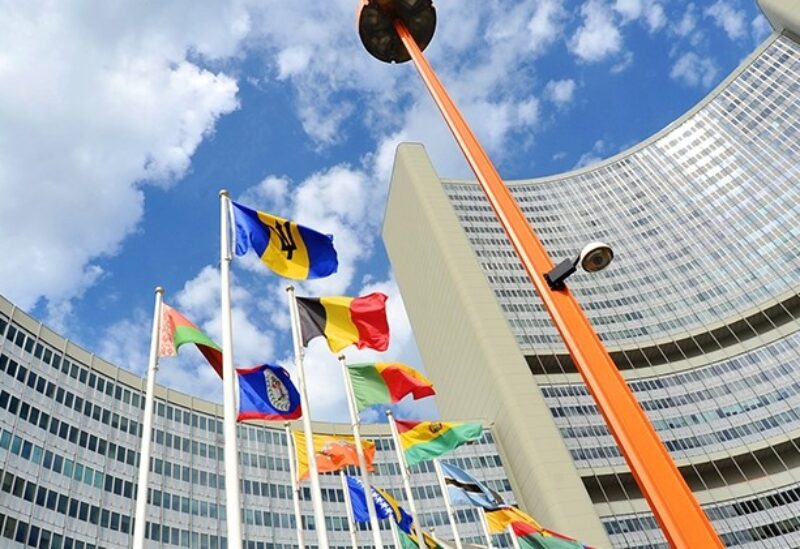 the International Atomic Energy Agency (IAEA) said that after many months, Iran has not provided the necessary explanation for the presence of the nuclear material particles at any of the three locations where the agency has conducted complementary accesses [inspections].

As nuclear talks to restore Iran’s 2015 nuclear deal appear likely to be extended, a report by the global nuclear watchdog has highlighted its complicated monitoring relationship with Iran.

The United Kingdom, France and Germany, the three European powers party to Iran’s nuclear deal, tried to censure Iran at the IAEA board of governors – with backing from the United States – earlier this year but dropped their plan after Iran agreed to cooperate with international experts.

Another board meeting is due later this month, but pursuing a similar plan by the European powers could directly endanger ongoing talks in Vienna to restore the Joint Comprehensive Plan of Action (JCPOA), as the nuclear deal is formally known.

According to Iran’s Vienna envoy Kazem Gharibabadi, he pointed out in the letter that Iran recently agreed to keep recording its nuclear facilities for another month in order to continue technical negotiations with the agency.

“On safeguards, Iran has so far done its utmost efforts to cooperate with the agency substantively and provide the necessary clarifications and responses,” Gharibabadi tweeted, adding Iran will continue to cooperate.

In response, Russia’s top negotiator in Vienna, Mikhail Ulyanov, said the relationship between Iran and the IAEA is “complicated” at the moment but “we have reasons to believe that the current difficulties are temporary of character”.

This is while a fifth round of talks in Vienna to lift US sanctions on Iran and bring it back to full compliance with the JCPOA may not be the last as delegates hoped.

Iran’s top negotiator, deputy foreign minister Abbas Araghchi, said on Monday he believes the delegates may need to go back to their capitals one more time to consult.

“We have reached the main issues of dispute. We’re at a point where we’re only dealing with the obvious differences and much of the required texts have been drafted,” he said.

Former US President Donald Trump unilaterally abandoned the nuclear deal in May 2018, levelling relentless waves of sanctions as part of his administration’s “maximum pressure” campaign on Iran.

Efforts to restore the deal continue as Iran heads for its June 18 election, in which conservative judiciary chief Ebrahim Raisi is the frontrunner.