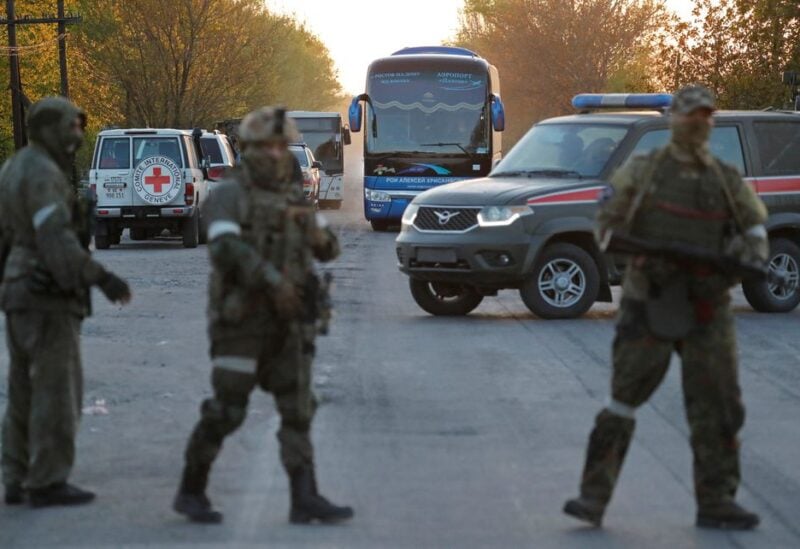 A bus carrying civilians evacuated from Azovstal steel plant in Mariupol arrives at a temporary accommodation centre in the village of Bezimenne, during Ukraine-Russia conflict in the Donetsk Region, Ukraine May 6, 2022. REUTERS/Alexander Ermochenko

The International Committee of the Red Cross (ICRC) is hoping that the successful evacuation of civilians from a besieged steel mill in Mariupol, Ukraine, will clear the way for additional people to be able to leave the complex, according to a senior ICRC official.

“A successful operation, according to experience, encourages further evacuations since both sides have seen that it works. We hope to build on this foundation of confidence today “In an interview published on Saturday, Dominik Stillhart, the ICRC’s head of operations, told Swiss newspaper Neue Zuercher Zeitung.

The ICRC and the United Nations have been working to get civilians out from the Azovstal steel plant, which is also the last holdout for remaining Ukrainian fighters in Mariupol, a southern port city that has been reduced to ruins by weeks of Russian bombardment.

Stillhart said that it was “extremely frustrating” that it took weeks of painstaking work to get Russian and Ukrainian authorities on board and to work out logistic details so that combatants at every checkpoint knew when buses would drive by.

Ukraine said 50 civilians were evacuated on Friday, although it accused Russia of violating a truce intended to allow dozens more still trapped underground to depart.

Stillhart painted a dark picture of what lay ahead in Ukraine given the destruction wrought by the shelling of cities.

“You know the pictures from Mariupol: such apocalyptic scenarios could also threaten other cities, such as Zaporizhzhia, Kramatorsk or Odesa. In talks with the parties to the conflict, we express our concern about this kind of warfare. Unfortunately, I see no reason to hope that this conflict will soon be over.”

Russia has denied targetting civilians in what it calls a “special operation” launched on Feb. 24 to disarm Ukraine and protect it from fascists. Ukraine and the West say the fascist allegation is baseless and that the war is an unprovoked act of aggression.

Stillhart said the ICRC had little information about people being moved from eastern Ukraine to Russia.

“We can assume that Russia – like almost every warring party – is carrying out so-called screenings: fighters are being arrested, probably also civilians who have worked for the Ukrainian authorities. Both groups are protected under international law, so they may not be tortured or killed, for example. But is this being respected, where do these people end up afterwards? We do not know.”