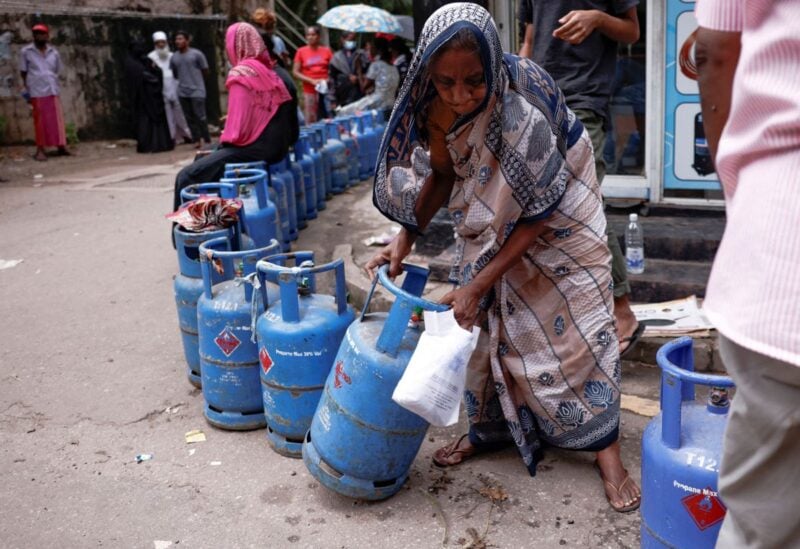 A woman moves a gas tank as she stands in line to buy another tank near a distributor, amid the country's economic crisis, in Colombo, Sri Lanka, June 1, 2022. REUTERS/Dinuka Liyanawatte

The Sri Lankan government and the International Monetary Financial had fruitful and constructive conversations about economic policies and reforms that would be backed by an IMF extended fund facility agreement, according to a release on Thursday.

The declaration raises optimism that the nation in crisis can straighten out its public finances and reassure lenders.

“The discussions will continue virtually with a view to reaching a staff-level agreement on the EFF arrangement in the near term,” IMF said.

The island of 22 million people is facing its worst financial crisis in decades, which has left it struggling to pay for essential imports and forced it to default on some foreign debt.