Imran Khan, Vladimir Putin likely to meet in China on the sidelines of Winter Olympics 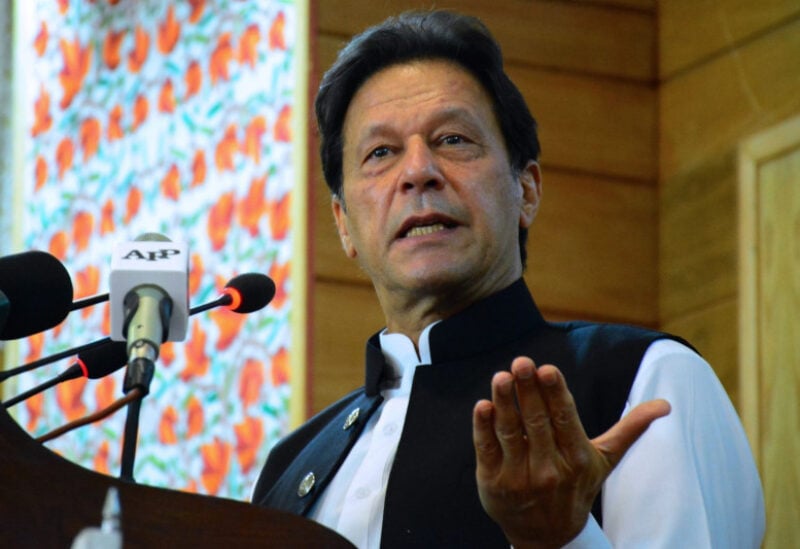 Pakistan Prime Minister Imran Khan and Russian President Vladimir Putin, and in a significant development in Pakistan-Russia ties, are expected to meet on the sidelines of the Winter Olympics that will take place in Beijing next month.

The Olympics are a showstopper event for Chinese President Xi Jinping and will take place from February 4 to February 20.
The development comes as over the years Pakistan and Russia have increased engagement. Last year, Russian Foreign Minister Sergey Lavrov had visited Islamabad from New Delhi, something that is not the norm. The last time Lavrov visited Pakistan was in 2012.
Pakistan Prime Minister Imran Khan may become one of the first foreign leaders to visit China after the start of the pandemic when he visits early next month, he has been invited by Chinese President Xi for the visit.

Khalid Mansoor, Special Assistant to Pakistan’s Prime Minister on CPEC, said while unveiling a report on China-Pakistan economic cooperation that Mr Khan wanted to “remove all bottlenecks for investors” ahead of the visit early next month.

Apart from bilateral meetings, Imran Khan will also be holding meetings with other dignitaries present at the event including holding a key bilateral meeting with Russian President Putin, sources said.

It is pertinent to note that Imran Khan and Vladimir Putin were to meet at the sidelines of the SCO Summit in Dushanbe in September 2021, the meet could not take place in person because the Russian President pulled out of the summit last minute following a COVID-19 case outbreak in his inner circle, the two dignitaries back then had spoken twice in 13 days.
Afghanistan has been one of the key areas of engagement between the two sides. Pakistan and Russia are part of the troika plus meet on Afghanistan, along with US and China.

Defence engagement has also increased, though unlikely to be a part when it comes to Russia-India. Pakistani and Russian military exercises Druzhba has been taking place regularly. Such exercises happened even in 2019, months after the Pulwama terror attack. The first of these exercises happened in 2016 in Pakistan, just days Uri attack.

It will be an important occasion for China, even as it faces the boycott of the Winter Olympics by the West. Both Russia, Pakistan are close allies of the country. China, Pakistan call each other “all weather allies” while recently Russian President in his year-end presser called ties with China’s Xi as “relation of trust”.