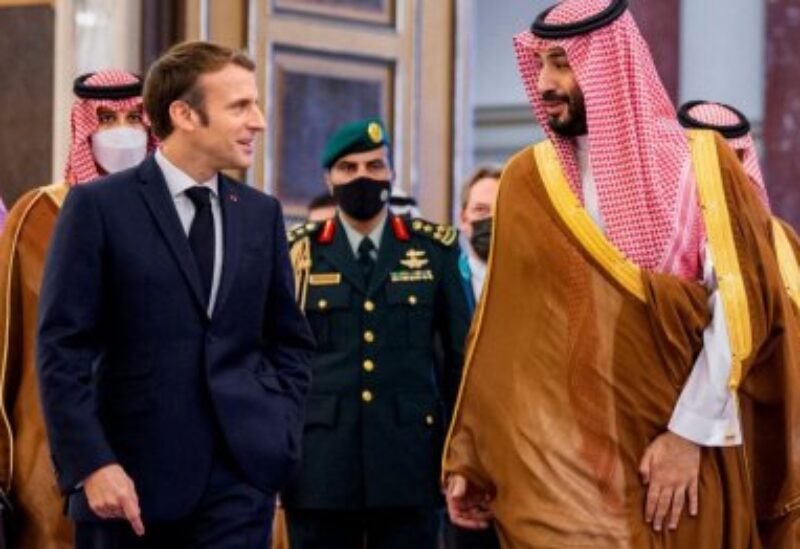 Macron sees Saudi Arabia as an essential partner in negotiating a regional peace treaty with Iran, as well as an ally in the battle against Islamist extremists from the Middle East to West Africa, and as a bulwark against the Muslim Brotherhood.

France is one of Saudi Arabia’s key arms suppliers, but it has been under growing pressure to reconsider its supplies due to the Saudi-led coalition’s campaign against the Iran-aligned Houthi rebels in Yemen, which has become one of the world’s worst humanitarian catastrophes.

While ties between Paris and Riyadh were warmer under Macron’s predecessor Francois Hollande, France has not reaped the business rewards. The relationship has cooled in recent years despite Macron, prior to Khashoggi’s murder, urging detractors to give time to the then 33-year-old leader-in-waiting.

A business delegation of about 100 companies including TotalEnergies, EDF, Thales and Vivendi is due to attend an investment forum during Macron’s trip.

Speaking to reporters in Dubai, Macron rejected accusations that he was legitimizing the crown prince, adding that the region’s multiple crises could not be dealt with by ignoring the kingdom.

“We (can) decide after the Khashoggi affair that we have no policy in the region, which is a choice some can defend, but I think France has an important role to play in the region. That doesn’t mean we are complicit or that we forget,” Macron said.

Recent contracts have been few, with most centred on the Al-Ula tourism project that aims to bring to life the kingdom’s Nabatean history, part of Saudi Arabia’s diversification drive to wean its economy off oil revenues.

Macron’s visit comes at a time when Gulf Arab states have voiced uncertainty about the U.S. focus on the region even as they seek more weapons from Washington.

Saudi Arabia has been frustrated by the approach of U.S. President Joe Biden’s administration, which has pressed Riyadh over its human rights record and the Yemen war and released intelligence linking bin Salman to Khashoggi’s murder.

The crown prince has denied any involvement in the killing of the journalist in Riyadh’s Istanbul consulate, an incident that sparked global outrage and tainted Prince Mohammed’s image.

“Whether it’s the objective or not, (this trip) contributes to a policy of rehabilitating the Saudi prince,” said Agnes Callamard, secretary general of the rights group Amnesty International. “It pains me that France, the country of human rights, is the instrument of this policy.”

Macron is the first major Western head of state to visit Saudi Arabia since Khashoggi’s killing and the onset of the COVID-19 pandemic last year, which dashed Riyadh’s hopes of hosting G20 leaders during its 2020 presidency.

The two men are expected to discuss regional issues, including the Iran nuclear matter and Lebanon, where Macron has so far failed to convince Gulf Arab states, wary of Iran-backed Hezbollah’s heft, to engage on trying to find a solution.