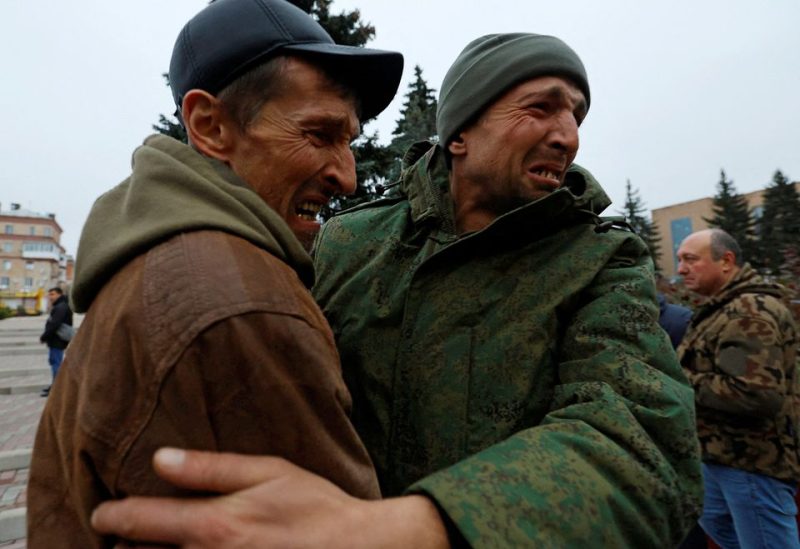 After being released in a prisoner exchange with the Ukrainian military, fighters connected to the Russian-installed administration of the eastern Ukrainian region of Donetsk arrived in the town of Amvrosiivka on Sunday.

Chekanov stated, “It was so horrific, I wouldn’t want it on anyone.” He claimed to have been taken prisoner by Ukrainian forces on October 11.

On Nov. 3, the fighters were released as part of a prisoner swap in which the two sides of the eight-month conflict each released 107 prisoners.

Throughout the battle, there have been numerous prisoner exchanges, where both military people and important officials have been freed.

Denis Pushilin, head of the Russian-installed government in the area, welcomed the returning combatants in Amvrosiivka, a village of 18,000 people on the internationally recognized border with Russia.

Some of the men wept as they were reunited with tearful family members.

One woman, Lyudmila, said her returning son, Yevgeny, had lost a lot of weight since she last saw him. He walked slowly beside her, leaning on a walking stick.

“I didn’t recognise him,” she said through tears as they sat next to each other, asking not to give their full names.

“Everything will be okay, sweetie,” she told Yevgeny, who clutched a handkerchief to his face.