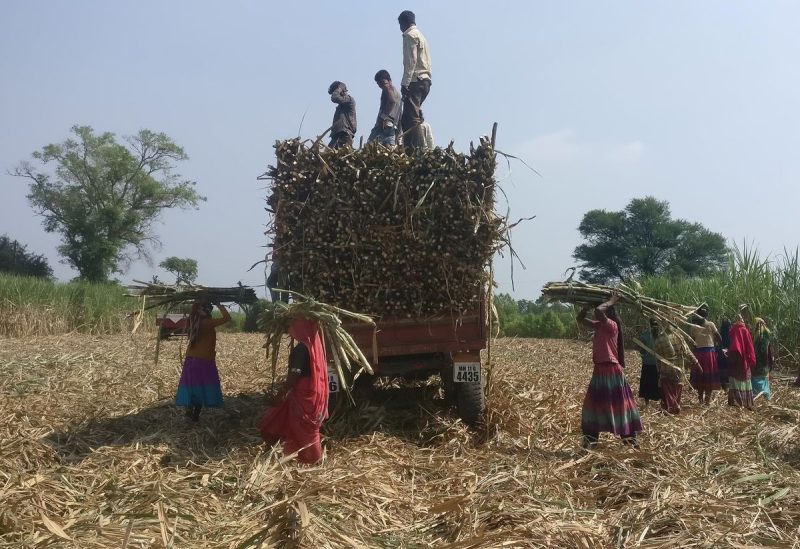 Workers load harvested sugarcane onto a trailer in a field in Gove village in the western state of Maharashtra, India, November 10, 2018. REUTERS/Rajendra Jadhav/File Photo

The government of India has extended sugar export restrictions by one year until October 2023, but the world’s largest producer of the sweetener is still expected to set a quota for this year’s overseas sales.

India, the world’s largest sugar consumer, has limited exports this year until the end of the month in order to keep domestic prices from rising as a result of record exports.

The current season’s export quota could be issued next week, trade and government sources said.

Reuters last month reported that the government was poised to allow 5 million tonnes of sugar exports in a first tranche for the new marketing year that began on Oct. 1.

India is expected to allow about 3 million tonnes of sugar exports in the second tranche, taking this year’s total overseas shipments of sugar to about 8 million tonnes.

According to the Indian Sugar Mills Association, a producers’ group, India could export up to 9 million tonnes of sugar in the 2022-23 season.

Cashing in on attractive global prices traders have already started signing deals to export raw sugar for this season.

Traders are increasingly trying to seal export deals to make up for the delay to this year’s sugar production that got off to a slow start because of unseasonal rains during the first half of this month.