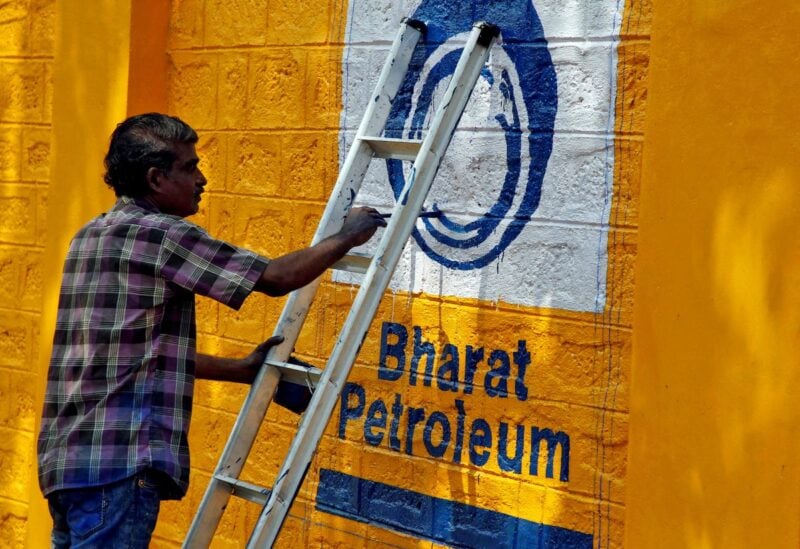 A man paints the logo of oil refiner Bharat Petroleum Corp (BPCL) on a wall on the outskirts of Kochi, India, November 21, 2019. REUTERS/Sivaram V//File Photo

Indian refiners intend to lock in more of their oil supply in long-term agreements out of concern that stronger Western sanctions against Russia, especially those from the EU, may limit future supplies in already constrained markets, according to sources at state refiners.

The main two refiners in the nation, Indian Oil Corp. and Bharat Petroleum Corp., are reportedly looking to sign long-term agreements with nations like the United States.

“We are preparing for a back up plan. When the world is uncertain because of Russia-Ukraine conflict we need to have all options open,” said an official at one state refiner.

The move towards term deals marks a shift in refiners’ purchasing strategy, which had been geared towards maximising spot purchases in past years when supplies were abundant.

“Due to the Russian-Ukraine conflict, we expect a possibility of tight oil markets and a change in flows with most Middle Eastern crude going to meet need of European markets so we need to diversify our oil sources,” said a source at another state refiner.

But a European Union ban on Russian crude imports from Dec. 5 will drive European refiners to buy more Middle East oil, putting them in competition with Asian buyers.

BPCL has signed an initial deal with Petrobras as it seeks to diversify oil sources.

Supplies for IOC under the two deals will begin from October, said several of the sources who are familiar with the matter. IOC is also looking for more short-term supplies, including a contract for U.S. oil, they added.

IOC already has an annual deal that provides an option to buy 18 million barrels of U.S. oil. Of these, IOC has already bought about 12 million barrels so far this year, they said.

IOC and BPCL did not respond to Reuters’ requests for comment. Ecopetrol could not be reached for comments outside its business hours.

Western countries have imposed a raft of sanctions against Russia, and the Group of Seven nations, led by the United States, plan to impose a price cap on Russian oil exports via insurers to cut its revenue. It is unclear if the plan will work and whether Russia will cut supplies, the sources said.

“There are many uncertain elements… so we think we should at least have engagement with more suppliers,” the second source said.

India has called for an end to violence in Ukraine but refrained from outright condemnation of Russia, with which it has long-standing political and security ties.

Prashant Vasisht, vice president at rating agency ICRA Ltd, said: “To diversify and safeguard yourself from potential cuts in future such as diversion of Middle Eastern oil to Europe, signing a contract is the best option as you get preferential pricing and stable supplies.”