Indigenous asylum seekers struggle for interpreters in US 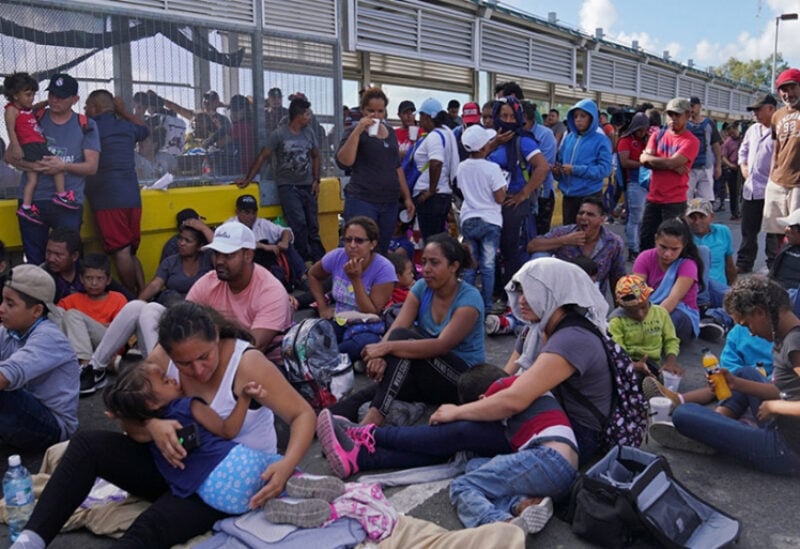 For Claudia, the journey from her small Guatemalan village in Guatemala to the US-Mexico border was complicated by the fact she could speak only her native Ixil, one of 21 Mayan languages in Guatemala.

On way to what she had hoped would be asylum in the United States, she communicated with the smugglers with hand gestures and the few words of Spanish she knew, to ask for water, food, money, and to go to the toilet.

Claudia and her four-year-old son Manuel arrived at the US border at the end of December 2020. Her smugglers dropped them off at a highway right next to the Rio Grande and told her to walk past the dry river and turn herself in to the US Border Patrol. Claudia did not want her last name published for fear of reprisals.

She said the Border Patrol agents took photos, fingerprinted them both and sent them back to the Mexican border city Ciudad Juarez the same day. If they gave her any instructions, she did not understand them.

After eight months at the El Buen Samaritano shelter in Ciudad Juarez, Claudia has begun to speak some Spanish, but not enough to ensure she understands what’s happening with her immigration case, or what she should be doing.“I understand more Spanish than I can speak. I try to tell everyone that I understand what they are telling me, but sometimes, it is hard for me to communicate, to ask some questions” she told Al Jazeera in halting Spanish.

Claudia and the dozens like her who do not speak a mainstream language, such as Spanish or Portuguese, can languish at the US-Mexico border for months or years, because there are few or no interpreters that speak their Indigenous language to help them navigate the immigration and asylum systems.

Shelter director Juan Fierro said Claudia will likely have to wait a long time before she can apply for asylum.

“We have reached out to international aid organisations to try and find an Ixil interpreter because without one she won’t be processed” through the US system, Fierro told Al Jazeera.

Almost all of the 500 asylum seekers hosted at Fierro’s shelter from January to June 2021 have left to pursue claims inside the US after waiting between six to 12 months. Only those recently expelled back to Mexico and Claudia remain.

Fierro has hosted more than 50 non-Spanish speaking migrants and asylum seekers, mostly speaking only Mayan languages in the first half of 2021 alone – almost double from all of 2020. According to AL-Jazeera