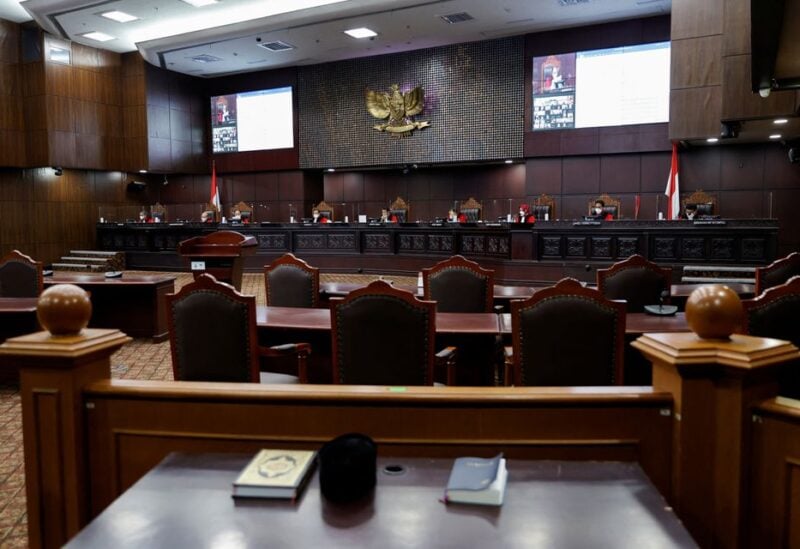 A general view of verdict during a judicial review of the country's narcotics law at Indonesia's Constitutional Court in Jakarta, Indonesia, July 20, 2022. REUTERS/Willy Kurniawan

A panel of nine judges from Indonesia’s Constitutional Court decided on Wednesday to reject a legal challenge to the nation’s drug laws that would have made marijuana legal for medical purposes.

In 2020, three moms of cerebral palsy children, supported by civil society organizations, requested a judicial review of the nation’s harsh drug laws, alleging that medical marijuana may be used to treat symptoms.

The judges said there was insufficient research to justify a ruling in favour of the plaintiffs, but urged the government to “immediately” conduct research on the therapeutic usage of narcotics.

“The court needs to emphasise that the government [should] immediately follow up … The results of which can be used to determine policies, including in this case the possibility of changing the law,” said judge Suhartoyo, who like many Indonesians uses one name only.

Decriminalisation of cannabis would be a dramatic shift for the Southeast Asian nation, which has one of the world’s strictest anti-drug laws with penalties for possession or trafficking of large quantities of narcotics including life imprisonment and death.

The plaintiffs had argued that not being allowed to use narcotics for medical reasons was a constitutional violation of citizens’ rights to obtain health services and benefit from the development of science and technology.

“The Constitutional Court has only shifted the responsibility to the government by asking the government to immediately conduct research,” said Yosua Octavian, from the Legal Aid Institute, a civil society group involved in the case.

“The point has been rejected … So people who use marijuana for health reasons in Indonesia will continue to be punished.”

The issue gained traction after Santi Warastuti, whose 13-year-old daughter has cerebral palsy, called for the legalisation of marijuana for medical research on a busy street in downtown Jakarta.

The 43-year-old mother went viral on social media after she held a placard on a crowded thoroughfare that read: “Help, my child needs medical marijuana.”

Indonesia’s parliament has said it would undertake a comprehensive study on the benefits of medical marijuana.

Any moves to legalise would follow Thailand, which became the first country in the region to green-light medical marijuana in 2018, and cannabis cultivation and consumption this year.