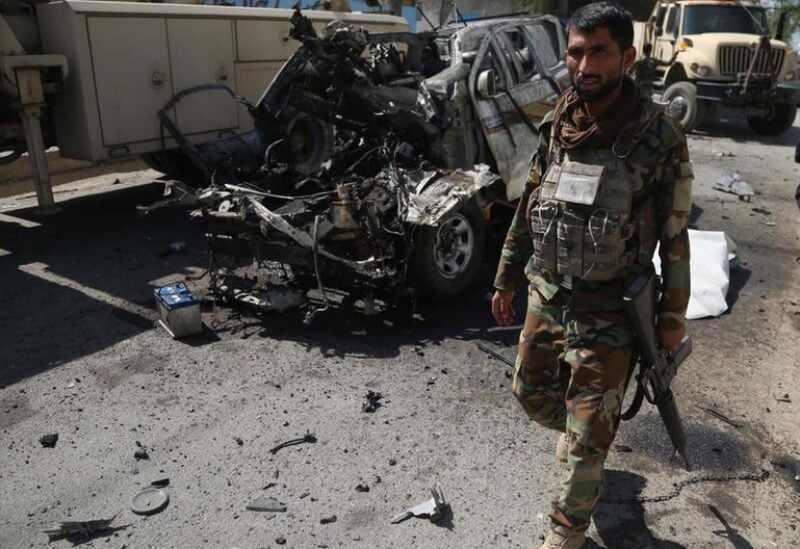 Deadly insider attacks against the Afghan army jumped in the first quarter of this year as Taliban rebels took advantage of the coming American and Nato troop withdrawal, according to a US government report on Friday.

The quarterly report of the Special Inspector General for Afghanistan Reconstruction (Sigar) said attacks on the Afghan security forces, mainly by the Taliban rebel group, surged 37 per cent over the January-March period from a year earlier.

Notably, insider attacks – when security forces are targeted by Taliban infiltrators within their ranks – jumped 82 per cent, and casualties from them doubled, according to the report.

The report did not specify the overall number of casualties, saying the data is classified.

But according to coalition figures, it said, 115 Afghan military personnel were killed and 39 wounded in 31 insider attacks in the first three months of this year.

It made clear that the attacks threaten the stability of the Afghan government after the withdrawal of thousands of American troops and civilian defence contractors by September, as ordered earlier this month by US President Joe Biden.

It noted that the Afghan government and particularly Afghan security forces remain highly dependent on US support, both financial aid and manpower.

“The complete withdrawal of US troops and US defence contractors from Afghanistan will test whether the Afghan National Defence and Security Forces can sustain themselves and defend the Afghan government without direct US and Coalition military support,” the report said.

“The basic risk facing the current and any potential post-peace Afghan government is whether future foreign assistance levels during this uncertain period will be sufficient to prevent its collapse,” said Sigar head John Sopko.

The withdrawal will involve around 2,500 US service members, 7,092 other forces in the US-led coalition, and 16,832 civilian contractors for the Pentagon who were in the country at the beginning of April.

Some contractors are crucial to keeping the Afghan military’s aircraft flying, the report noted.

It also noted a downturn in Afghan civilian casualties in the first quarter, with 643 killed compared to 711 a year earlier and 932 in the fourth quarter of 2020, based on figures from the Nato side of the coalition.

President Biden earlier this month announced the US would complete its military withdrawal by September 11.

The White House said on Thursday that American troops had started withdrawing from Afghanistan, confirming comments made over the weekend by a senior US general.

The German military will finish training Afghan forces on Friday and turn its attention to withdrawing from the country, the defence ministry in Berlin said.

Germany has the second-largest military contingent in the country, with about 1,100 troops.

Berlin had deployed more than 100,000 soldiers to Afghanistan over the past two decades, many of them serving more than one tour in the country.

Fifty-nine German troops died in Afghanistan, with 35 of them killed in combat or as a result of militant attacks, making it Germany’s deadliest military mission since the Second World War.

Wrapping up the operation, Germany will have to redeploy the equivalent of about 800 containers of equipment such as armoured vehicles, helicopters, weapons and ammunition.

The multinational camp in northern Mazar-i-Sharif led by Germany has been reinforced with troops and mortars, ramping up security for the duration of the withdrawal to guard the base against attacks by the Taliban.

Since Mr Biden’s announcement, violence has increased by nearly a quarter around the country, with Taliban attacks reported in 21 of the 34 provinces, an Afghan Defence Ministry spokesman said on Thursday.

“We are already in the middle of Taliban’s annual spring offensive but we are prepared and conducting our operations,” said a senior government official, who asked not to be named.

Afghan chief of intelligence Ahmad Zia Siraj said the Taliban have increased violence “to the highest level” in recent days.

Top security leaders flew to the central province of Ghazni on Thursday to assess the situation amid reports of the Taliban amassing fighters in the area to overrun the strategic province.

Peace efforts stalled after the Taliban and the Afghan government began talks in the Qatari capital Doha last year. Washington pushed for a summit in Turkey this month but that was postponed because the Taliban refused to participate, and no new date has been set.

The deadline for the US troop withdrawal is later than the May 1 deadline Washington agreed with the Taliban in Doha last year.

The Taliban, which has not attacked foreign troops since the Doha agreement, has called the delay unacceptable.