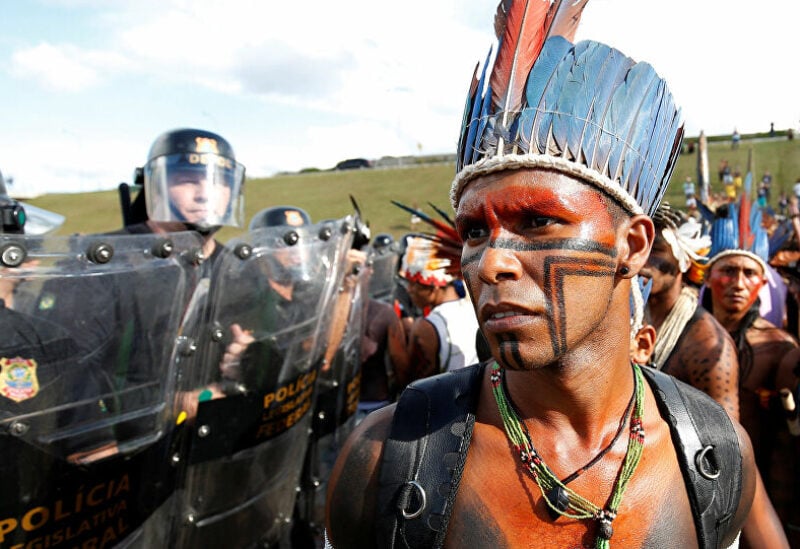 Human Rights Watch has called on Brazil to vote down a bill on land appropriation that would hinder indigenous peoples from claiming their right to ancestral lands as hundreds of indigenous protesters camp on President Jair Bolsonaro’s doorstep.

On 22 August, over 4,000 indigenous people set up a protest camp next to key Brazilian government bodies to rally against new legislation.

“Brazil’s Congress should reject a bill that would prevent or hinder many indigenous peoples from claiming their right to traditional lands, violating their rights under international law”, the human rights watchdog stated.

The bill in question provides for the appropriation of occupied lands by businesses if indigenous peoples inhabiting the lands fail to prove that on 5 October 1988 – the day Brazil’s Constitution was enacted – they were physically present there. This procedure is envisaged in the Marco Temporal clause (“Time frame”) that many human rights activists claim to be inconsistent with the constitution, which recognizes indigenous people’s right to “the lands they traditionally occupy”. On 25 August, Brazil’s Federal Supreme Court will start delivering a ruling on whether to abolish the Marco Temporal clause.

“Approval of this bill would be one of the most significant setbacks in the recognition of indigenous peoples’ rights over their traditional lands and resources since the return to democracy in Brazil almost three decades ago”, Anna Livia Arida, Brazil associate director at Human Rights Watch, stated.

Bolsonaro has long been slammed for disrespecting indigenous peoples’ rights. On 10 August, the Articulation of Indigenous Peoples of Brazil turned to the International Criminal Court for help in investigating Bolsonaro for alleged crimes against indigenous peoples since the beginning of his tenure, which they classified as “crimes against humanity, genocide, and ecocide”.

Indigenous people, who make up about 0.5% of Brazil’s population, hold 13% of its land, mostly in the Amazon region. Indigenous tribes are regarded as the guardians of Brazil’s diverse culture and forests. In the first two years of Bolsonaro’s government, deforestation rose by 48%, hitting a 2008 record, with over 1 million hectares disappearing.