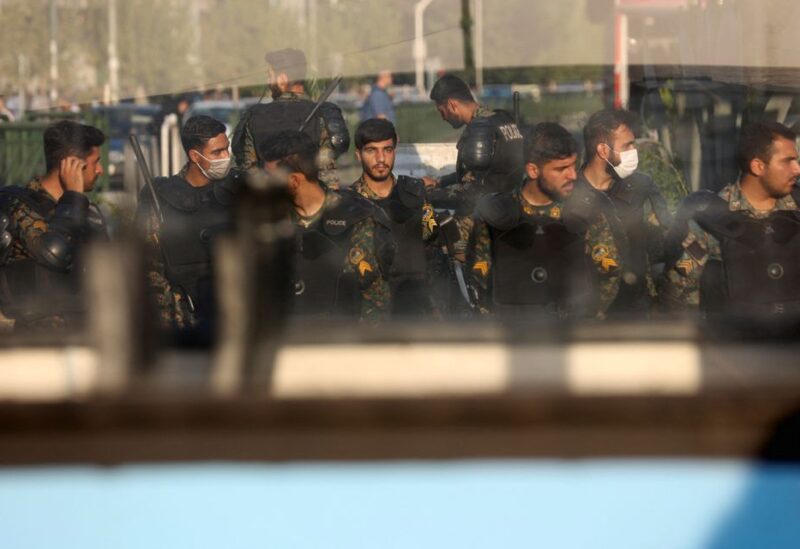 Iranian authorities disputed claims that security personnel killed a 16-year-old girl during protests sparked by the death of a woman in police custody, according to Iranian media on Friday, who claimed she committed suicide by jumping off a roof.

According to social media sources and the rights organization Amnesty International, Sarina Esmaeilzadeh was killed by security forces after being hit in the head with batons during protests over the death of Mahsa Amini, 22, in morality police custody.

Authorities earlier this week gave a similar cause of death – falling off a roof – for 17-year-old Nika Shakarami, who activists say was killed in Tehran while demonstrating over Amini’s death.

Rights groups say more than 150 people have been killed, hundreds have been injured and thousands arrested in a crackdown on nationwide protests marking the biggest challenge to Iran’s clerical leadership in years.

The chief justice of Alborz province where Esmaeilzadeh died said a preliminary investigation showed her death was caused by suicide from a fall from the roof of a five-story building, the semi-official ISNA news agency said.

Chief justice Hossein Fazeli Herikandi said claims in opposition media about her death were “lies”. “Based on her mother’s account, Esmaeilzadeh had a history of suicide attempts,” he said. Police received a report of her death on Sept. 24, he said.

Amnesty International, in a Sept. 30 report, said she was one of at least 52 people killed by security forces between Sept. 19 and Sept. 25, saying Esmaeilzadeh “died after being severely beaten in the head with batons”.

A video showing Esmaeilzadeh smiling and listening to music has been viewed around 147,000 times on the widely-followed 1500tasvir Twitter account.

Amini was arrested on Sept. 13 in Tehran for “inappropriate attire”. The authorities have said she suffered a heart attack after being taken to a station to be “educated”.

Her family have denied she had any heart problems. Her father has said she had bruises on her legs, and holds police responsible for her death.

The government has ordered an investigation.

Earlier this week, state media said a judicial case had been opened into Shakarami’s death, citing officials claiming it had nothing to do with the unrest, and that she had fallen off a roof and her body contained no bullet wounds. Activists have said she was killed in Tehran while demonstrating.