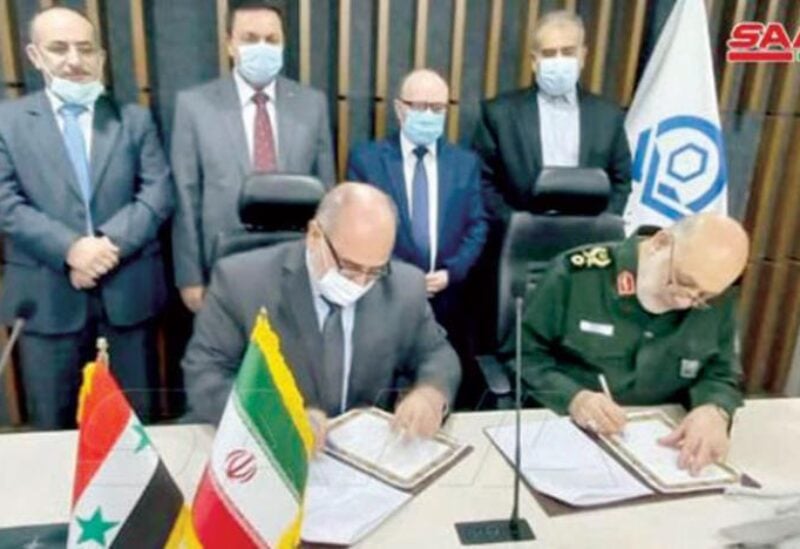 Syria’s Damascus University and Iran’s Academic Center for Education, Culture and Research have signed an agreement for exchanging scientific databases and research achievements. The pact also included establishing a business incubator and a science and technology park at Damascus University.

The agreement aims to enhance cooperation in the field of exchanging books, publications, scientific materials, bulletins, and periodicals. It also seeks mutual benefit from e-libraries and organizing joint scientific and cultural conferences and seminars.

About a month ago, Iran’s Malek-Ashtar University of Technology and Damascus University signed an MoU in the field of research and graduate studies, especially in the areas of industries, technical sciences, mechanics, robotics, and computer sciences.

In Syria, there are branches of six Iranian universities. There is a branch for Al-Mustafa International University, which is one of the largest university-style seminary institutes in Iran. It was founded in 1972 and its branch in Syria opened in 2013 with three divisions in the governorates of Aleppo, Latakia and Damascus.

The other five universities had opened their campuses in Syria after the outbreak of the civil war in 2011.

Russia had imposed teaching the Russian language as a second language in Syrian public schools.

Russia’s moves had prompted Iran to compete in entering the Syrian public education sector after its interest was focused on spreading Shiism and teaching the Persian language through private Sharia schools.

In Damascus alone, there are 40 schools supervised by the Ministry of Endowments, Hussainiyas and the Great Prophet Center.

“As the regime regained control over large areas in 2018, especially in the countryside of Aleppo, Iran infiltrated the government education sector,” said a Syrian opposition source.

“A cooperation agreement was signed in 2020 that includes the restoration of schools, the printing of books, and the development and support of vocational and technical education,” they added.

The number of schools that Iran has restored and rehabilitated has reached about 250 schools, at the cost of SYP 12 billion (approximately $3 million).

An Iranian scientific delegation headed by Tayyebi visited the city of Homs earlier this week.

The delegation toured Al-Baath University, where it inspected laboratories and research centers in the Faculties of Mechanical and Electrical Engineering and of Chemical and Petroleum Engineering.

During discussions with the President of Al-Baath University, Al-Abd Al-Basit Al-Khatib, the delegation reviewed the signing of a joint scientific cooperation agreement that includes the medical, engineering, and agricultural fields.

The president said that his university also aspires to enhance the exchange of expertise between Syrian and Iranian universities in conducting scientific research, training, and qualification.