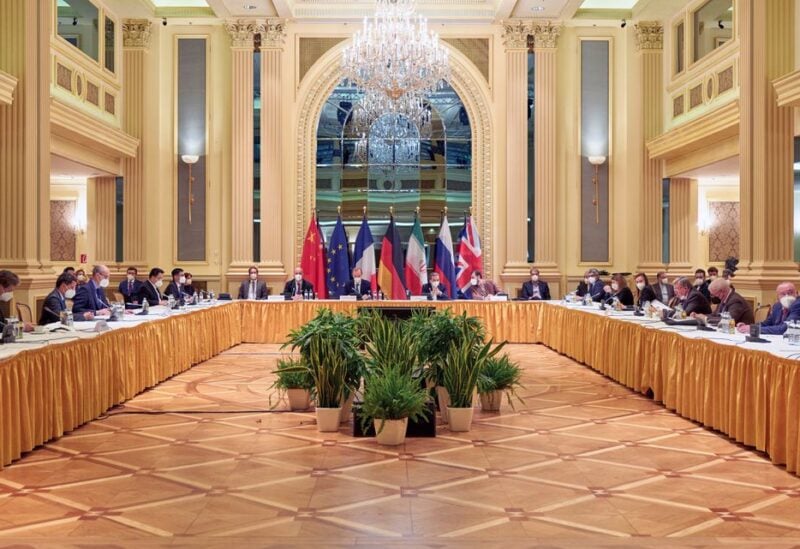 Stalled talks between Iran and world powers to reinstate a 2015 nuclear deal will resume “soon”, the European Union’s foreign policy chief Josep Borrell said on Thursday, while Tehran said it was evaluating the previous rounds of negotiations.

Speaking at a news conference in the Qatari capital Doha, Borrell was referring to indirect talks between Tehran and Washington in Vienna that began in April and were adjourned two days after hard-line cleric Ephraim Raisin won Iran’s presidential election in June.

Borrell, in comments translated into Arabic by Al Jazeera television, said he believed the negotiations aimed at bringing back Tehran and Washington into full compliance with the agreement will resume “within an acceptable period of time”.

After former U.S. President Donald Trump ditched the deal three years ago and reimposed sanctions on Iran, Tehran has been rebuilding stockpiles of enriched uranium, enriching it to higher levels of fissile purity and installing advanced centrifuges to speed up production.

President Joe Biden aims to restore the deal, but the sides disagree on which steps need to be taken and when, with the key issues being what nuclear limits Tehran will accept and what sanctions Washington will remove.

Western powers have urged Iran to return to negotiations and said time is running out as Tehran’s nuclear programme is advancing well beyond the limits set by the deal.

Tehran says its nuclear steps are reversible if Washington lifts all sanctions. Iranian and Western officials have said many issues remain to be resolved before the accord can be revived.

Saeed Khatibzadeh added that Iran would not “waste an hour before returning to Vienna talks once a re-evaluation of the sixth round of the nuclear talks” is completed by Raisi’s government.

“The Biden administration should finally make a decision: either it wants to preserve Trump’s legacy or it wants to build Biden’s. This is a purely political decision,” said Khatibzadeh, adding that “We don’t have a lot of time ahead of us”.

Despite Iran’s need to bolster its economy by negotiating an end to U.S. sanctions, insiders expect Raisi to adopt a tougher line when the Vienna talks resume.

European officials say they are determined to keep unity among the parties involved in the nuclear negotiations – China, France, Russia, Britain, Germany and the United States – but have become increasingly frustrated over China’s role and want Beijing to exert greater influence given its close ties with Tehran.

“We are counting on China to use the most convincing arguments in its own dialogue with Tehran,” French Foreign Ministry spokeswoman Anne-Claire Legendre said in a daily briefing on Thursday.

U.S. and European officials told Reuters on Tuesday that Washington has reached out to China diplomatically about reducing its purchases of Iranian crude oil.

When asked about this, Chinese foreign ministry spokeswoman Hua Chunying said on Wednesday: “We firmly oppose any unilateral sanction, and urge the U.S. to remove the so-called ‘long-arm jurisdiction’ over third-party entities and individuals as soon as possible.”