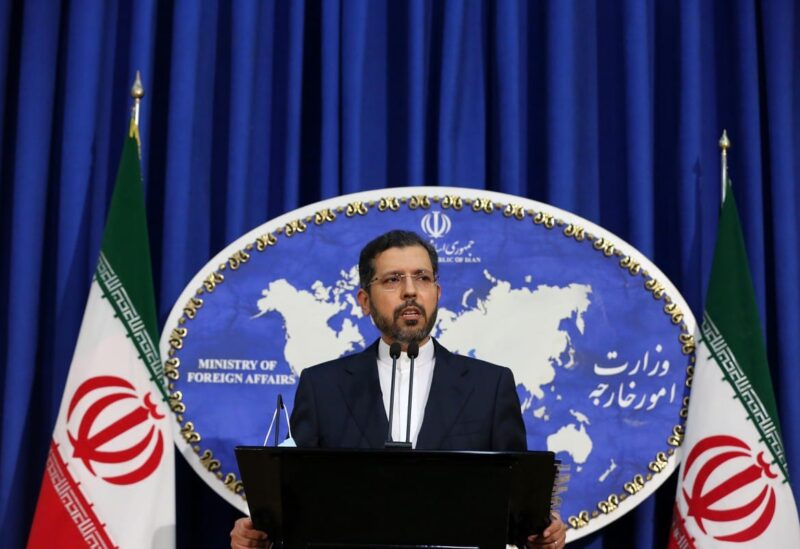 Iran said Monday that disagreements with the US over eliminating sanctions and getting guarantees in Vienna negotiations aimed at renewing the 2015 nuclear deal continue.

“Important and major concerns remain regarding the removal of sanctions, which have prevented an agreement from being reached thus far,” foreign ministry spokesman Saeed Khatibzadeh said at a press conference.

He underlined requests for assurances that the US will not withdraw from the 2015 agreement, which was derailed in 2018 when then-President Donald Trump abruptly exited the treaty.

The eighth round of negotiations to revive the accord, known as the Joint Comprehensive Plan of Action (JCPOA), has been on hold since Friday, with negotiators returning to respective capitals for discussions.

Enrique Mora, the European Union’s coordinator for the discussions, stated at the time that “political choices” are needed to break the impasse, and that talks are set to continue this week.

After discussions were halted in June when Iran elected ultraconservative President Ebrahim Raisi, the effort to preserve the nuclear deal restarted in late November.

The agreement, reached by Iran, the United States, China, Russia, the United Kingdom, France, and Germany, promised Tehran sanctions relief in exchange for limits on its nuclear program.

However, following the pullout in 2018, the US reimposed severe economic penalties, pushing Tehran to begin withdrawing from the deal’s obligations.

Nonetheless, Khatibzadeh observed “quite considerable progress” in discussions regarding the easing of sanctions and nuclear agreements, as well as gaining assurances, during the preceding three weeks.

“We propose that after returning from their capitals, [other parties] make the required choices so that we may finalize what has been prepared in drafts as soon as possible,” he added.

“The other parties are well aware of the disagreements. “Political choices must be made, particularly in Washington,” he added.

“We anticipate Washington’s political choices upon the return of the US delegation.”

The US has only taken an indirect role in the discussions, which aim to re-establish Washington’s commitment to the agreement and ensure Iran fulfills its obligations under the agreement.

“We can establish a permanent, dependable, and decent deal the day after the negotiators return to Vienna,” he continued, assuming the other parties make the “correct” political decisions.