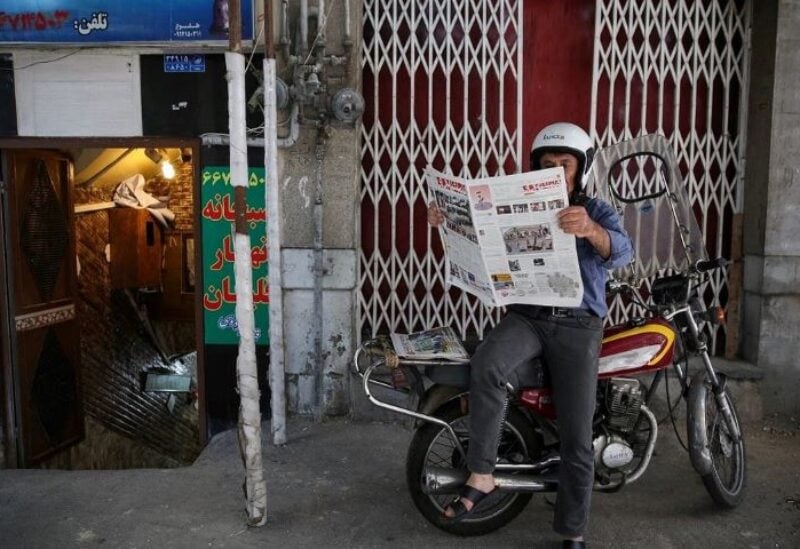 A man reads a newspaper, the day after the presidential election, in Tehran, Iran

According to state news agency IRNA, watchdog head Alaedin Zohourian stated Monday that the suspension of the Kelid paper was “in accordance with the media law.”

The graphic, which depicted a hand with Khamenei’s distinctive ring, was used to illustrate an article titled “Millions of Iranians Below Poverty Line.”

Khamenei has a political and religious status in Iran that makes him virtually untouchable.

Iran, with a population of 83 million people, is in the grip of an economic crisis as a result of international sanctions.

After Iran’s 2015 pledge not to build or acquire nuclear weapons – a goal it has always denied pursuing – there were high hopes for economic relief.

But those hopes were dashed in 2018 when then-President Donald Trump withdrew the US from the agreement and imposed or reimposed crippling sanctions as part of a broad “maximum pressure” campaign.