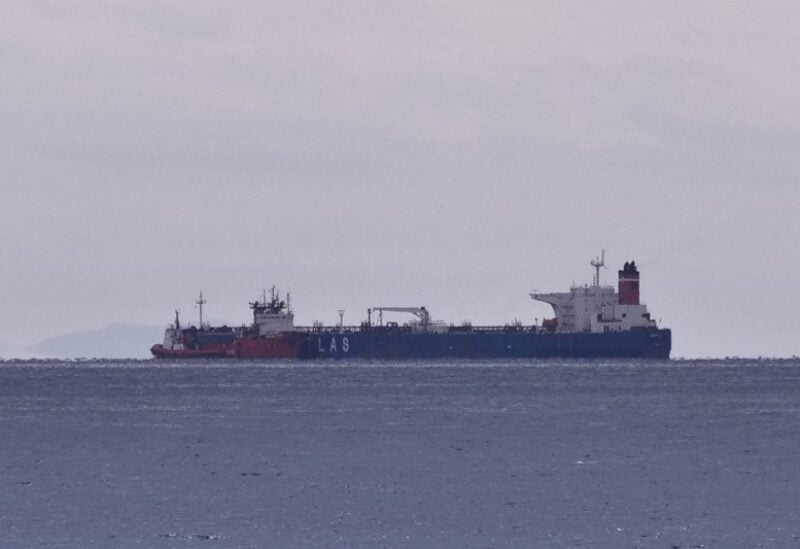 FILE PHOTO: The seized oil tanker Pegas is seen anchored off the shore of Karystos, on the Island of Evia, Greece, April 19, 2022. REUTERS/Vassilis Triandafyllou/File Photo

Iran’s semi-official Mehr news agency, quoted Iran’s Ports and Maritime Organization (PMO) saying on Tuesday, that the Iranian-flagged Lana tanker ship seized in April by Greece is no longer impounded and its oil cargo will be returned to its owner
“With the swift and authoritative action of Iran, the Greek government finally issued an order and we are now witnessing the lifting of the ship’s seizure and the return of its cargo to its owner,” the PMO told Mehr.
The ship, previously called Pegas and renamed Lana in March, had reported an engine problem in April. It was headed to the southern Peloponnese peninsula to offload its cargo on to another tanker but rough seas forced it to moor just off Karystos where it was seized, according to the Athens News Agency.
A Greek court overturned an earlier ruling last week that allowed the confiscation by the United States of part of the Iranian-flagged tanker’s Iranian oil cargo off the Greek coast, three sources familiar with the matter said.
The incident led to an angry response from Iran, with Iranian forces last month seizing two Greek tankers in the Gulf after Tehran warned it would take “punitive action” against Athens.