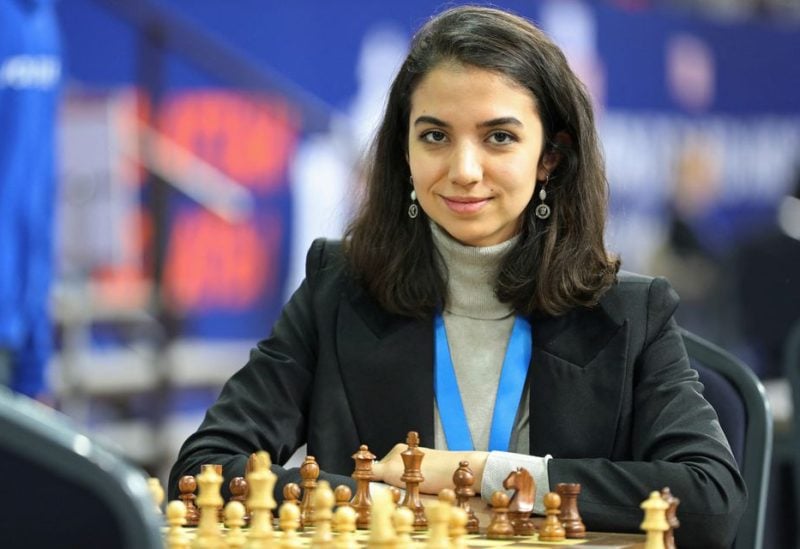 An Iranian chess player competed in an international tournament without a hijab, the latest of several Iranian sportswomen to do so since anti-government protests began, according to media reports.

Since mid-September, when 22-year-old Iranian Kurdish woman Mahsa Amini died in the custody of morality police who detained her for “inappropriate attire,” Iran has been swept by protests against the country’s clerical leadership.

Iranian news outlets Khabarvarzeshi and Etemad, in reports on Monday, said Sara Khadem had competed at the FIDE World Rapid and Blitz Chess Championships in Almaty, Kazakhstan, without the hijab – a headscarf mandatory under Iran’s strict dress codes.

Photos posted by both outlets appeared to show her with no headscarf during the tournament. Khabarvarzeshi also posted a photo of her wearing a headscarf but without saying if it was taken at the same event.

There was no comment on Khadem’s Instagram page about the tournament or the reports, and she did not immediately respond to a direct message from Reuters.

Khadem, born in 1997 and also known as Sarasadat Khademalsharieh, is ranked 804 in the world, according to the International Chess Federation website. The website for the Dec. 25-30 event listed her as a participant in both the Rapid and Blitz competitions.

The protests mark one of the boldest challenges to Iran’s leadership since its 1979 revolution and have drawn in Iranians from all walks of life.

Women have played a prominent role, removing and in some cases burning headscarves, while protesters have taken heart from what they have seen as shows of support from both female and male Iranian athletes.

In October, Iranian climber Elnaz Rekabi competed in South Korea without a headscarf, later saying she had done so unintentionally.

In November, an Iranian archer said she did not notice her hijab falling during an awards ceremony in Tehran, after a video appeared to show her allowing the headscarf to drop in what was also widely assumed to be a show of support for protesters.

In comments reported by state media in November, Iran’s deputy sports minister, Maryam Kazemipour, said some Iranian female athletes had acted against Islamic norms and then apologised for their actions.

Several national sports teams have refrained from singing the national anthem, notably before Iran’s opening match at the soccer World Cup. The team sang ahead of their second and third games.

Iranian authorities have cracked down hard on the protests, which they have declared riots fomented by foreign adversaries.

According to the activist HRANA news agency, 507 protesters had been killed as of Thursday, including 69 minors. Sixty-six members of the security forces have also been killed.

State officials have said up to 300 have been killed, including members of the security forces.