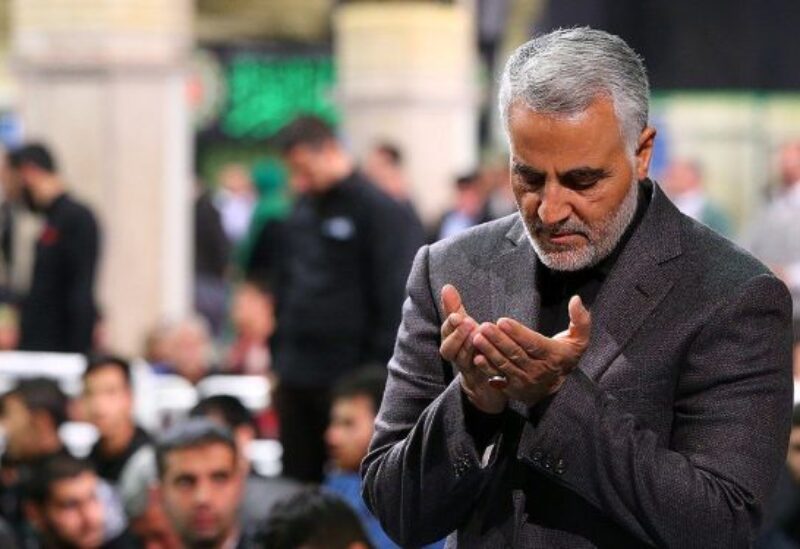 Islamic Revolutionary Guard Corps Quds Force commander Qasem Soleimani was killed in a US drone strike alongside Iraqi anti-Daesh (ISIS) militia commander Abu Mahdi al-Muhandis in Baghdad on 3 January 2020. The assassination prompted Iran to launch ballistic missiles at US bases in Iraq, and brought Tehran and Washington to the brink of war.

“One of our main priorities at the foreign ministry is to pursue serious legal and international action against the great heroes of the fight against terrorism,” the top diplomat said, referring to Soleimani and al-Muhandis, while speaking at a memorial at the Baghdad airport where the commanders were killed. Tasnim quoted Amir-Abdollahian’s remarks.

“The US government cannot escape the consequences of this act, and the perpetrators and directors of this terrorist act must be punished and brought to justice for their actions,” Amir-Abdollahian stressed.

Amir-Abdollahian emphasized that the US government “must be held accountable, even though it was the previously administration that committed the crime.”

The new top face of Iranian diplomacy arrived in Baghdad on Saturday in his first trip as foreign minister for a regional security conference hosted by Iraqi government. A career diplomat and close affiliate of the late Soleimani, Amir-Abdollahian was sworn in as foreign minister on Wednesday with the unanimous support of Iran’s parliament.

Trump Brags About ‘Taking Out’ Soleimani

Amir-Abdollahian’s comments followed remarks by Donald Trump in a radio show on Thursday in which the former president bragged about killing the “monsters” Soleimani and Daesh leader Abu Bakr al-Baghdadi.

Trump didn’t clarify what he meant by “bigger.” Soleimani and the al-Baghdadi-led terrorist group were mortal enemies, and the Quds Force that Soleimani commanded engaged in operations to wipe out Daesh forces in Iraq and Syria, occasionally even assisting US-allied Kurdish forces in these missions. Soleimani’s Quds Force also targeted al-Qaeda in the aforementioned countries, and even in Afghanistan while bin Laden was still alive. Before his death, Soleimani repeatedly accused the US of colluding with Daesh, once asking Amir-Abdollahian to ‘slap the West in the face’ with documents he said proved US complicity in supporting the terrorist group Washington has long claimed to fight.

Soleimani’s January 2020 assassination in a US drone strike brought Tehran and Washington to the brink of war, with the Islamic Republic responding to the killing by lobbing over a dozen ballistic missiles at two US bases in Iraq, giving over 100 American troops traumatic brain injuries. Tehran has also asked Interpol to issue arrest warrants against Donald Trump and dozens of other US officials it alleges are linked to the killing, but the international policing organization has so far dismissed the requests, citing their supposedly “political” nature.