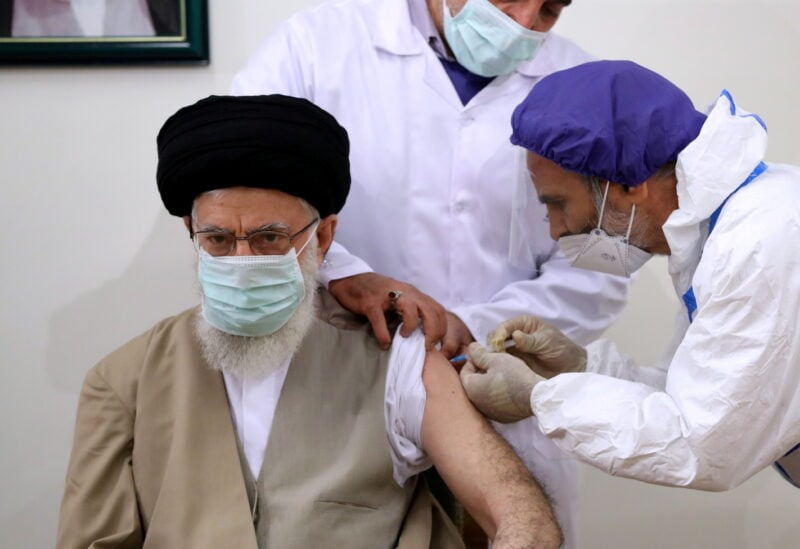 Khamenei on Friday called the development of the vaccine a point of “national pride”.

“Some insisted from a while ago that I use a vaccine,” the 82-year-old, who has had a string of previous health problems, said after receiving the first dose of the jab called COVIran Barekat.

“I didn’t want to use a non-Iranian vaccine. I said we will wait until, inshallah, the local vaccine is produced and we can use our own vaccine,” he said.

The supreme leader had in January outlawed the use of United States and United Kingdom-made vaccines, notably those developed by Pfizer and Moderna, as he said they “cannot be trusted”.

Human trials on the COVIran Barekat vaccine began in late December and about 24,000 volunteers received jabs as part of its third phase of trials that recently concluded.

The vaccine received an emergency use authorization earlier this month and is expected to be rolled out on a large scale in the coming weeks.

Setad, a powerful organization under the supreme leader that is in charge of developing the vaccine, has said it now produces three million doses per month and will soon boost production to 11 million doses a month to become the largest vaccine manufacturer in the Middle East.

While the vaccine’s detailed scientific data have not been made public and subjected to peer reviews, its developers have claimed it was 93.5 percent effective among individuals 18 to 75 in its second phase of human trials.

They have also claimed 12 countries from Asia, South America and Europe wish to buy the vaccine, without naming them.