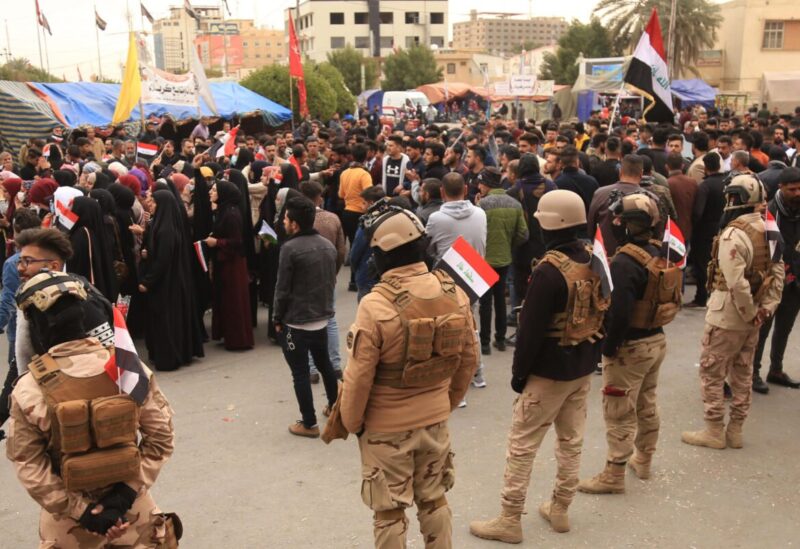 The popular protest movement in Karbala, southern Iraq, yesterday announced that it will boycott the early elections scheduled for 10 October.

The announcement came in a statement issued by the movement’s media office following the assasination of its coordination committee’s head, Ihab Al-Wazni.

Unidentified gunmen assassinated Al-Wazni near his home in Karbala at dawn on 9 May, according to a military statement.

“The Iraqi authorities ignored a previous statement by the families of the killed demonstrators in Karbala demanding to reveal the protesters’ killers and dismissing Karbala Governor Nassif Jassem Al-Khattabi, along with commanders of army and police operations in the province,” the statement said.

The statement indicated that “the Karbala demonstrators agreed to implement Al-Wazni’s will to march to Baghdad on the 25th of this month.”

No armed party has claimed responsibility for Al-Wazni’s assassination.

Iraq has witnessed sporadic protests since October 2019 due to poor economic conditions and financial and political corruption.

Government figures indicate that 565 protesters and security personnel were killed during the protests, among them dozens of activists assassinated by unknown gunmen.

Iraqi Prime Minister Mustafa Al-Kadhimi has pledged to prosecute those involved in the killing of protesters and activists, but no perpetrators have been brought to justice so far.