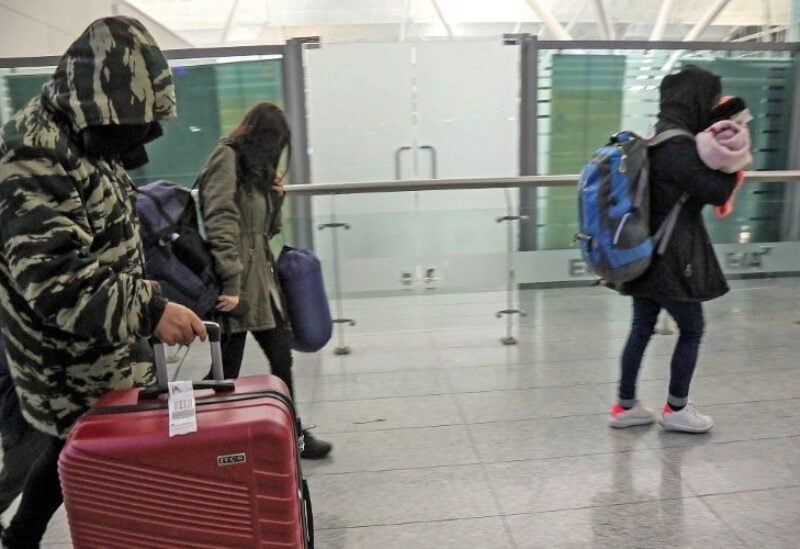 Iraqi migrants who were flown home from the Belarusian capital Minsk, arrive at the airport in Arbil

In recent weeks, Baghdad has returned over 4,000 of its people who had become stranded on the Belarusian borders with European Union members Poland, Lithuania, and Latvia, according to Iraq’s foreign ministry.

Since November 18, the Iraqi government has organized “ten flights from Baghdad to Belarus” to repatriate its nationals, according to Fuad Hussein, who spoke at a news conference alongside his Lithuanian counterpart in Baghdad.

“We were able to repatriate around 4,000 Iraqis who were trapped on the borders of Belarus with Poland, Lithuania, and Latvia,” he claimed.

The aircraft have mostly arrived in Iraq’s autonomous Kurdistan region, where many of the would-be migrants are from, before continuing on to Baghdad.

According to Sahaf, some Iraqis remain stranded in Belarus, but “the harsh weather and challenging surroundings do not allow rescuers to assess their numbers.”

Thousands of migrants, mainly from the Middle East and Iraq in particular, have been camping on the Belarus-EU border, often in harsh conditions, seeking to join the union since last summer.

The West accuses Belarus of enticing migrants to the border in retaliation for sanctions imposed on President Alexander Lukashenko’s dictatorship.

Belarus has refuted the assertion and chastised the EU for failing to accept the refugees.