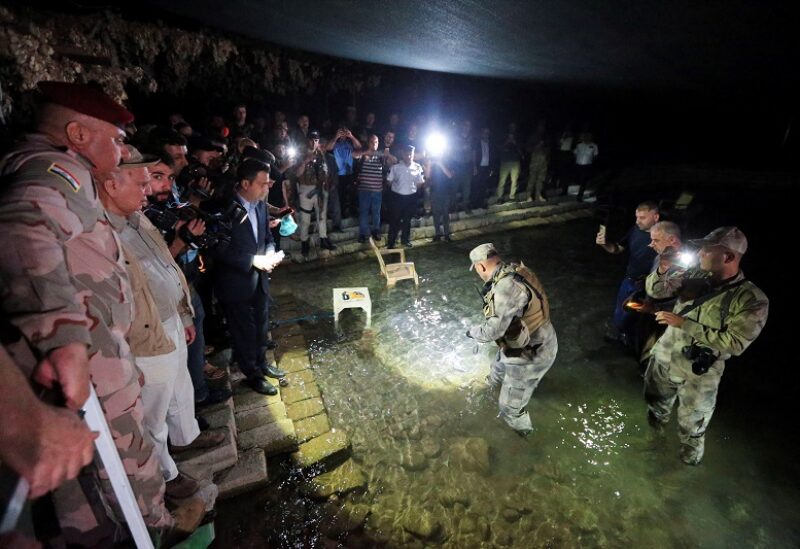 An unusually strong rebuke was issued from Iraqi Prime Minister Mustafa Al-Kadhemi, in response to the Turkish artillery attack on Wednesday that hit a village in the Kurdistan autonomous region, which led to human casualties.
The victims, two of whom were children, were tourists visiting a leisure park in the hill village of Parakh in Zakho district, according to Iraqi state media.
“Turkish forces have perpetrated once more a flagrant violation of Iraqi sovereignty,” Kadhemi said. He condemned the harm caused to “the life and security of Iraqi citizens,” and said Iraq may hit back.

“Iraq reserves the right to retaliate against these aggressions and take all necessary measures to protect our people,” the prime minister said. He dispatched a delegation to the area led by Foreign Minister Fuad Hussein and ordered an investigation into the attack.
Turkey on Wednesday denied responsibility and urged Iraqi media to go slow in making accusations.

At least 23 more people were injured in the attack and were taken to Bidar Hospital in Dohuk province, Iraq state TV said.

Children were among the victims, including a 1-year-old, the Kurdish health minister said in a statement, adding that all the victims died before reaching a hospital.

“We pulled up the fence that was around the waterfall. We looked from inside, I saw children lying on the ground….It’s a scene that I’ve never seen in my life,” Aala added.

Hundreds of Iraqi tourists come to the Kurdish region from the south during the peak summer months because the weather is cooler. “We come from the province of Babylon,” said survivor Hassan Tahsin. He said he was lucky to survive the deluge of fire when four artillery shells fell on the park and its water features, where visitors had been relaxing.

“There were indiscriminate strikes on us, there were bodies in the water,” he said. “Our young people are dead, our children are dead, who should we turn to? We have only God.”

Turkey’s foreign ministry said Ankara was saddened to hear of the casualties in the attack, and added that Turkey took maximum care to avoid civilian casualties or damaging historic, cultural sites in its counter-terrorism operations against the outlawed Kurdistan Workers Party (PKK) militia and others.

“Turkey is ready to take every step for the truth to come out,” the ministry said in a statement, adding that Turkish military operations were in line with international laws.

“We call on the Iraqi government to not make remarks influenced by the heinous terrorist organization’s rhetoric and propaganda, and to engage in cooperation to uncover the perpetrators of this cruel act,” it said, referring to the PKK.

Turkey regularly carries out air strikes in northern Iraq and has sent commandos to support its offensives as part of a long-running campaign in Iraq and Syria against militants of the Kurdish PKK and the Syrian Kurdish YPG militia. Ankara regards both as terrorist groups.

The PKK took up arms against the Turkish state in 1984.

More than 40,000 people have been killed in the conflict, which in the past was mainly focused in southeast Turkey where the PKK sought to create an ethnic homeland.

The top United Nations envoy to Iraq condemned Wednesday’s attack in a statement published on Twitter and called for an investigation.

In a regular press briefing, Price reiterated the US position that military action in Iraq should respect Iraqi sovereignty and territorial integrity, and emphasized “the importance of ensuring civilians are protected.”