Iraq’s Sadr decides to withdraw from the political process 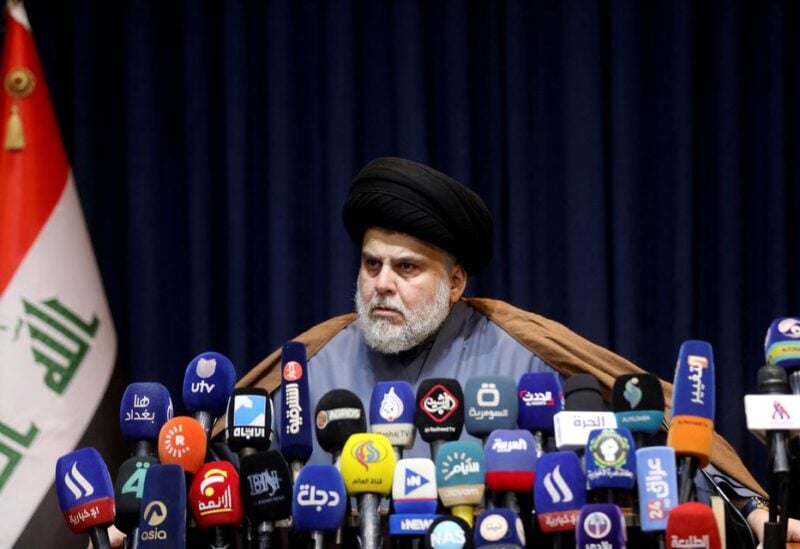 Moqtada al-Sadr, an Iraqi Shi’ite cleric, announced on Wednesday that he had decided to withdraw from the political process in order to avoid being associated with “corrupt” politicians, according to the state news agency.

Sadr’s announcement comes after he asked lawmakers from his Sadrist bloc to resign from the parliament, amid a prolonged stalemate over forming a government.